I'm really excited about this book, which was published last year and just came across my desk. 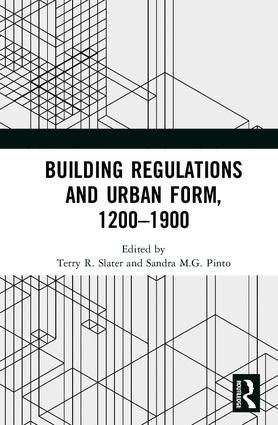 2. Islamic Building Regulations: The Fourteenth-Century Tunis Book and its Counterparts

4. Policies and Regulations in the Forming of Late-Medieval Trogir (Croatia)

5. Streets and the Commune: Italy in the Late Middle Ages and the Renaissance

6. Building Regulations and Urban Development in Antwerp and Bruges, 1200-1700

9. Beautifying the City and Improving the Streets with Building Permits: Lyons, 1580–1770

11. The Politics of Health: Urban Regulation and Planning in the Spanish Colonies During the Eighteenth Century

15. Building Regulations in Livonian Towns and Their Impact on Local Urban Space 1697–1904