If you want to read just one article that will explain to you the most significant problem for building housing in California, it should be Jennifer Hernandez's article, "California Environmental Quality Act Lawsuits and California's Housing Crisis," which was published in the Winter, 2018 edition of the Hastings Environmental Law Journal.  Hernandez is among a handful of leading CEQA lawyers in the state.  Her empirical article reviews all CEQA lawsuits in the State and offers a compelling conclusion:

[I]n recent years most CEQA lawsuits filed in California seek to block infill housing and transit-oriented land use plans, as well as public service and infrastructure projects in existing California communities. Most of the challenged projects are precisely the types of projects and plans that today’s environmental and climate policies seek to promote.  The most frequent targets of CEQA lawsuits typically are required to undergo a rigorous environmental analysis and public review process that takes 18 to 36 months or longer. This process involves an Environmental Impact Report and at least three rounds of public notice and comment before being eligible for approval by public votes of elected officials. Projects without the ample economic resources required to pay all costs (including technical and legal experts) are never eligible for an approval, and thus cannot be sued under CEQA. Even the types of infill projects most commonly sued under CEQA that are not ultimately sued must undergo three rounds of costly administrative proceedings: (1) local agency staff, (2) appointed planning commissions, and (3) elected city councils or boards of supervisors; planning commission and elected council or board approvals require majority votes from officials who are themselves elected and appointed based on majority votes from elections.

In other words, while CEQA remains an important and vital environmental tool, it has also become a tool abused to make urban housing projects--the kind needed to address the housing crisis--expensive and time-consuming to entitle even when no lawsuit is filed.  Several important charts from Hernandez's article are reproduced below, and tell a remarkable story.

Most CEQA lawsuits are aimed at infill projects. 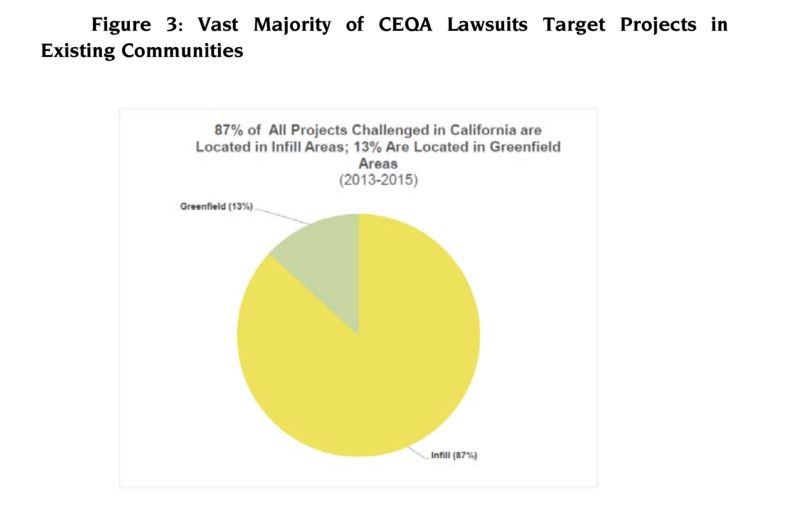 The greatest target of CEQA lawsuits are not typically environmental in nature; rather, they attack multi-family and condo projects. 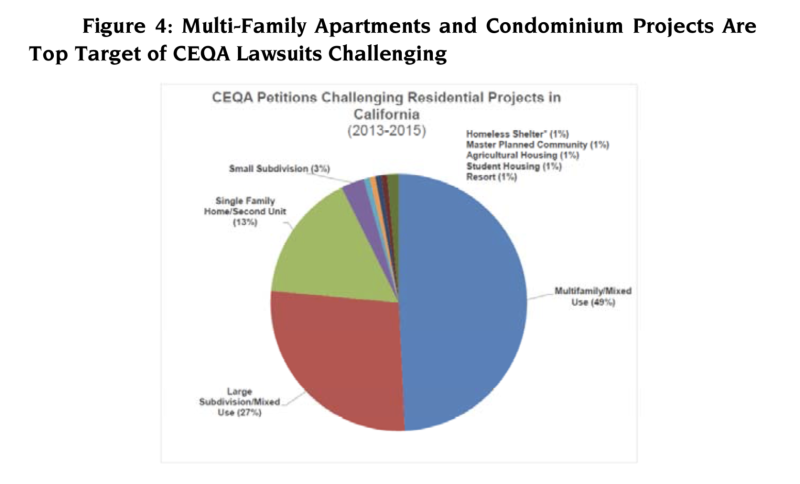 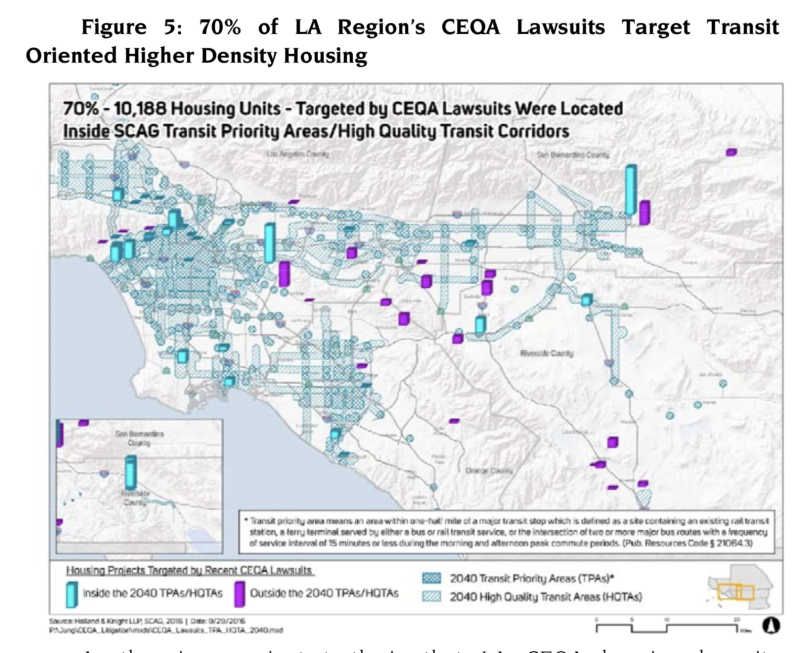 CEQA lawsuits also have a racial and class component to them, as well. 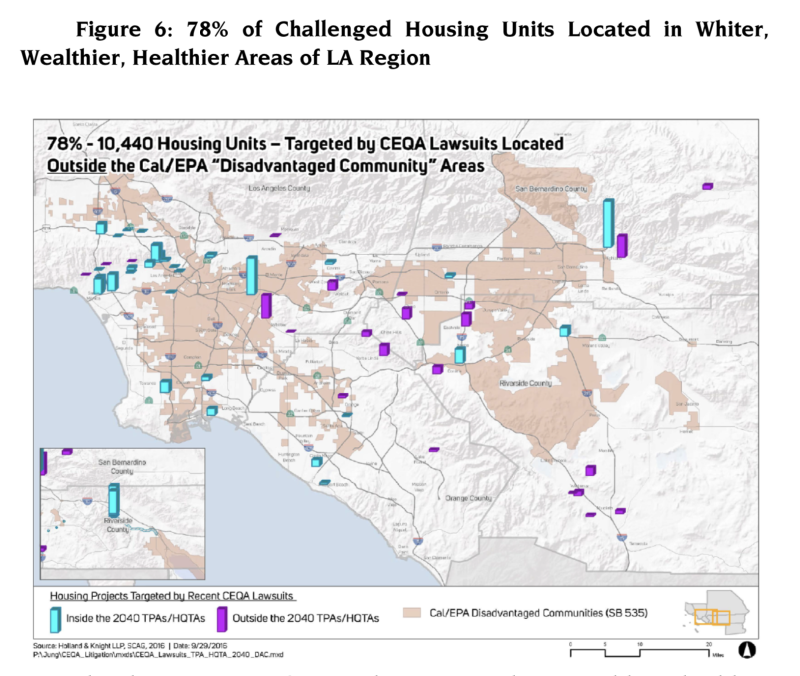 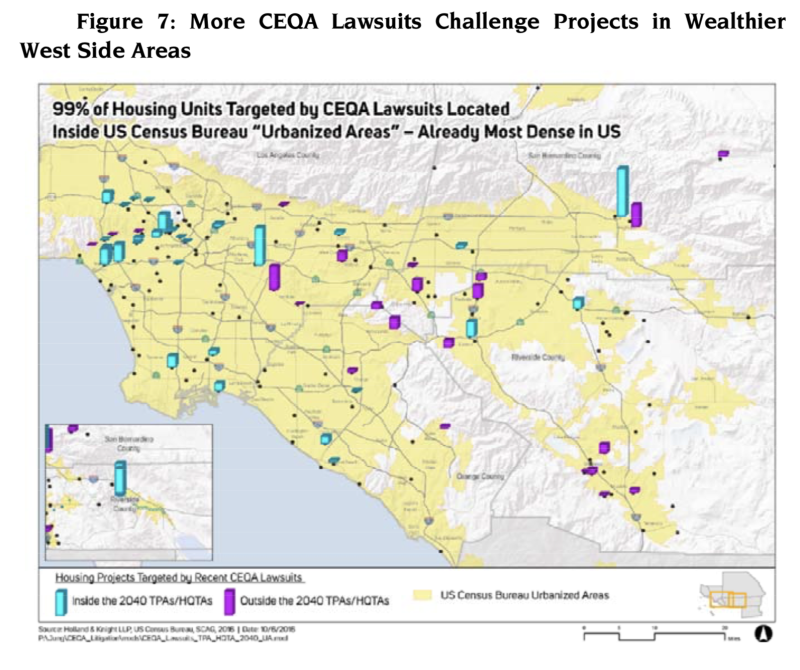 All in all, if you want to understand the housing affordability crisis in California, you should drop everything and read Hernandez's article now.  As a former California land use and environmental lawyer myself, I can saw that Hernandez's article is the only thing I've read about the housing crisis in the Golden State that makes sense.  It provides a way to address key structural problems without doing harm to much of the innovative land use regulation that makes the state a place where people want to live.