Be sure to check out the new interactive collection of maps, Mapping Inequality:  Redlining in New Deal America, which allows viewers to look through the original risk maps created by the Home Owners' Loan Corporation.  As most readers know, these maps started with the presumably good intention of stabilizing communities during the Great Depression; however, in grading communities, and thus determining the availability of federally-back mortgages, HOLC relied heavily upon racial factors.  Later termed "redlining" for the red color of the often African-American communities on these maps, racial segregation deepened because red communities on the maps had difficult times receiving mortgage assistance.  Seeing this in a neighborhood you know, and the blatant terms coded onto the forms, brings home how a good idea in theory--assessing property--became one of the most harmful racial tools in American history.

It seems it would be a valuable teaching tool.

Here are several maps, one of the entire country and another screenshot from my hometown of Dayton, where the colors match up almost precisely with the racial distribution in that city during mid-century. 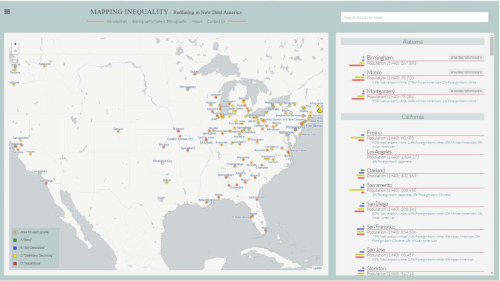 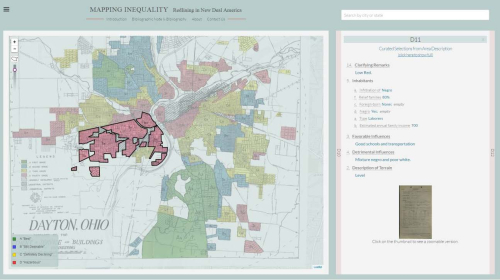