Zoning's Next Century, Part 2: Foundations from the 17th Century, A Series by John R. Nolon

Foundations from the 17th Century

This excerpt from a forthcoming article demonstrates that the earliest foundations of land use control were local and that local circumstances dictate how land use should be controlled.[1]

Although comprehensive zoning restrictions, adopted by municipal governments, were new in 1916 when the first New York City Zoning Resolution was adopted, the idea that neighborhoods should be carefully planned and regulated dates back in New York to at least April 22, 1625. On that date, the Directors of the Dutch West India Company adopted use and bulk regulations for the settlement of lower Manhattan.[2] These were adopted as special instructions to the Commissary and Councilors, “according to which they are to regulate themselves when they have found a suitable place in which to establish a settlement….” Like the first New York City Zoning Resolution, these regulations were based on an underlying plan that distributed land uses and building types in a logical pattern.[3]  Many of the regulation’s planning concepts and building standards are precedents for modern zoning and planning strategies.

First, the Dutch West India Company’s document instructs the official surveyor to stake out a quadrangle, with one side lying open to the water. The document provided dimensions to be followed, with further instructions for exits and bridges connecting the settlement to the lands beyond its walls. Here is a parallel to modern urban growth boundaries and capital plans for infrastructure.  Next, land was to be reserved for dwellings, some particularly for farmers, pastors, doctors, single individuals, and commanders, with vacant land designated for residential development in the future, similar to today’s residential zoning prescriptions. Other lands were designated for storage of supplies and goods, a hospital, and a market square, beginning the definition of the public realm. Provisions were made for street widths of varying dimensions similar to those found in today’s subdivision regulations. Other lands were set aside for vineyards and gardens, similar to rural zoning for farming, or, more recently, to urban farming provisions. Additional details included building heights and the widths and depths of lots: familiar provisions in today’s bulk and area standards. Even elements of building code standards were present, including the size and shape of kitchens and the thickness of beams.

This is perhaps the first land use regulation in the New World. For nearly 400 years, local governments in New York have been regulating land use and buildings, with each generation using it to address new and evolving opportunities and problems. In 1625 the issue was how to design a settlement in hostile territory.  Today’s challenges include how to respond to an increasingly hostile environment by designing resilient and sustainable communities. 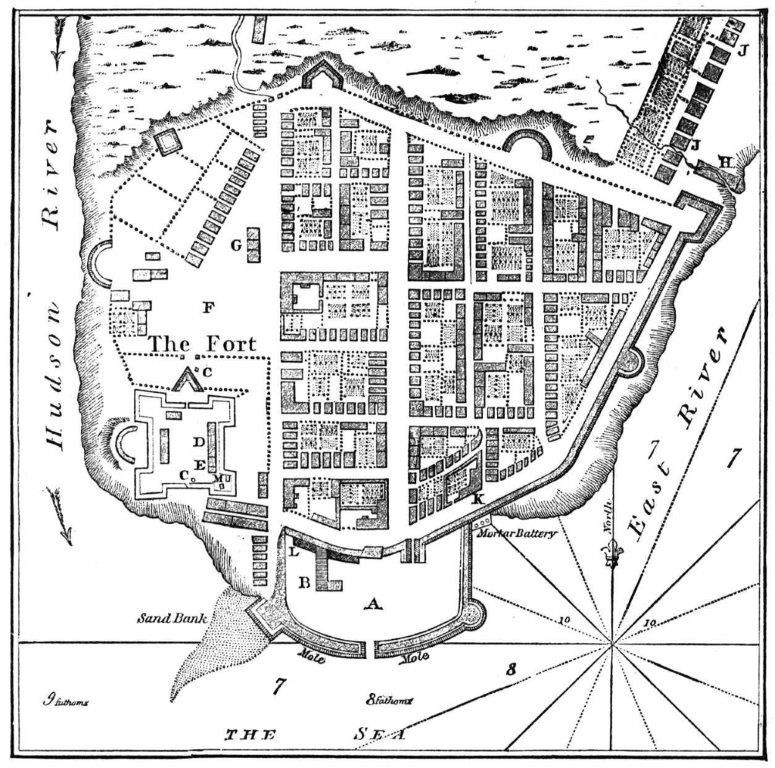 [2] Document on file with the author.

[3] Note that this is public land use planning. In 1621, the Dutch West India Company was chartered by the Dutch Republic, much like the State of New York’s later authorization of the charter of New York City. The Company’s Manhattan territory was designated the provincial capital of the lands under its jurisdiction.

Previous posts in the Zoning's Next Century are listed below:

Part 1:  An Agenda for the Next Century