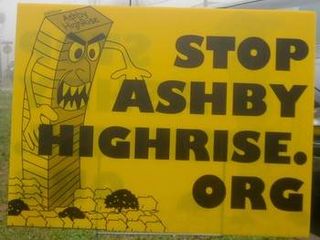 Greetings, land use readers. You may have heard that a major land use case in Houston was decided last week: the so-called "Ashby High-Rise" case.

It involves a decade-long controversy about a proposed 20+ story residential building in a neighborhood close to downtown Houston--the only major city without traditional zoning (even though Houston has "de facto zoning"). The Texas court of appeals ruled for the developers by (1) reversing the trial jury's verdict of damages for a "prospective" nuisance; and (2) affirming the trial court's denial of an injunction to stop the project, in part because of the idea that a judge shouldn't be a "one-man zoning board" when a property owner's plans are otherwise within the land use rules.

The bottom line is that it is a big victory for the developers, and also an important case to clarify property law and the land use rules in a growing city with competing pressures for housing, density, urbanism and sprawl.

I'll have more to say about it soon [I was involved in the trial, and have been teaching and writing about it for years]. For now, here's some links to the news and the decision:

Here is the opinion from the 14th Court of Appeals. You can also access the full docket of the case, including the parties' briefs.

The Houston Chronicle has provided thorough coverage of the case and its broader context over the years. They published a comprehensive breaking-news article on the appellate decision. [Prof. Asmara Tekle and I are quoted].

Reporters Nancy Sarnoff and Erin Mulvaney have covered the case for years, and discussed it on their "Looped In" podcast this week.

There have been many other local stories. We hosted a colloquium this spring with the developer's attorneys and scholars from the Rice University Kinder Institute for Urban Research. The case has gotten a lot of national attention as well, including from the Wall Street Journal, the New York Times, Bloomberg, the Huffington Post, and topical outlets such as Next City, Governing, and Planetizen.

I'll have more commentary soon; in the meantime, check out the opinion in this important land use case.