Schleicher on reducing the power of NIMBYs and cutting housing costs

David Schleicher (Yale) has a new article,"Terms of enlargement: Clever reforms can reduce the power of NIMBYs and cut housing costs," in The Economist's April 16, 2016 print edition, which is also available here.  The first few paragraphs: 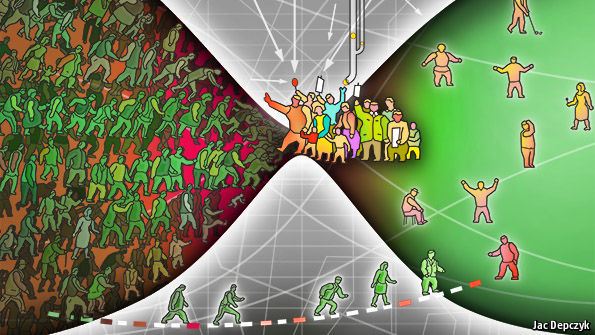 THE world’s great cities are engines of wealth creation. Places like London and San Francisco account for a disproportionate share of economic output. They are the combustion chambers in which ideas and capital are combined to generate new riches.

To an alarming extent, such cities are also playgrounds for the rich—and only the rich. The soaring cost of housing in these places pushes those of more modest means away, toward spots where homes are cheaper but opportunity is more limited. That pressure has serious consequences. A recent paper* reckons that over the past 50 years this dispersing effect left American output 13.5% below the level it would otherwise have reached. Poor Americans living in rich cities survive longer than their counterparts in poor ones. Finding more effective ways to reduce housing costs would thus not only save money but prolong lives.

Economics is all about supply and demand, and high housing costs are the product of too little of the former in the face of lots of the latter. Strict planning rules in pricey cities make building new homes a nightmare for developers. In London, for example, they face myriad rules about what they can build where, including one that states that nothing should impede the view of the dome of St Paul’s Cathedral from a gap in a hedge ten miles away. By the same token, a thicket of environmental rules in California has given NIMBYs (short for “not in my backyard”) a host of ways to stall, shrink or stop new projects.