Kornfeld on Israeli land policies and the Bedouins

Initially, I’d like to thank Stephen Miller and Jessie Owley for the privilege of allowing me to be a guest blogger.  I hope that my posts will be both informative and thought provoking.

In this, my first post, I will address a real property issue that is pitting the Government of Israel against its Bedouin minority.

280,000 Bedouin live in Israel. Of these, 90,000 live in the Negev Desert in the country’s south.  See Map Below.  This community lives in the general area of Be’er Sheba, which we in Israel consider the capital of the Negev.  The government is seeking to evict the Negev Bedouin from their ancestral lands.  Its reason: the State of Israel considers them to be living in unauthorized villages or locations and accordingly sees them as squatters.   I will address why the government has taken on this position in a subsequent post.  Today I will introduce the history of the Bedouin and an initial discussion of the Land Law of 1949. 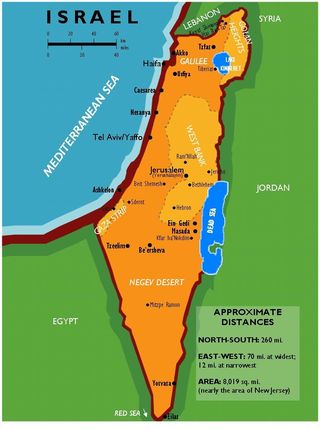 The Negev (or Southern) Desert, Israel 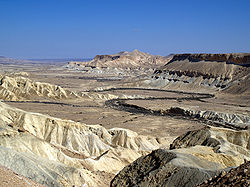 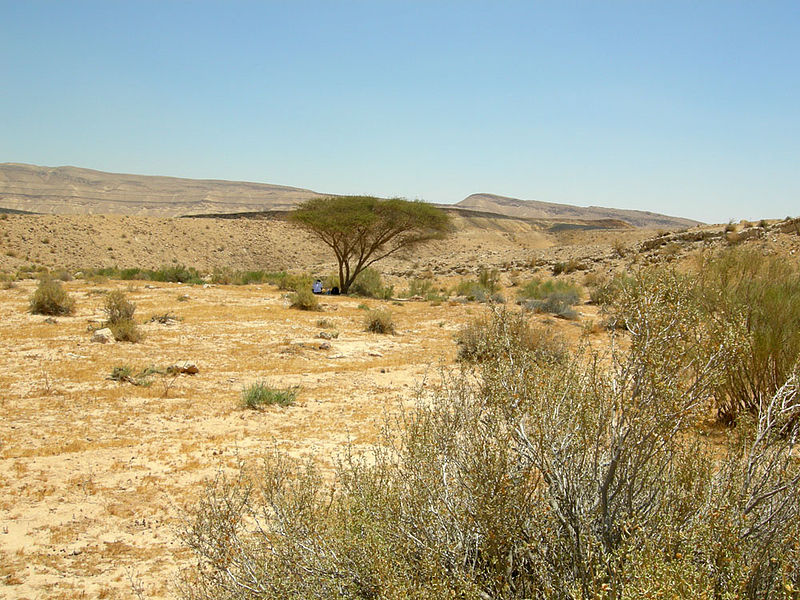 One fact that is likely well known but may not be fully acknowledged is that Europeans, in almost every venue that they’ve settled, e.g., the U.S. and Canada, have taken by force lands that belonged to indigenous populations.  Indeed, examples abound across the face of the planet, e.g., American Indians, the First Nations of Canada, the Bedouin of the Middle East, the Berbers of North Africa’s Maghreb, and the Walmatjarra of Australia, among others.  Prior to being dispossessed and placed on reservations of one sort or another, these peoples flourished and were one with nature.

Of course, being one with nature is not one of the virtues of most European colonialists and their progeny.  They conquer, reclaim and put land to “beneficial uses”.  In this vein, private property rights theorists would argue that the bundle of rights, regardless of whether the land was appropriated by force, must be seen as a feature of an economic good. This economic paradigm requires use of the land; income generation from the land; the right to transfer the asset; and the right to enforce their property rights.  But, how are aboriginal peoples supposed to gain the bundle of rights if they are dispossessed from their ancestral lands?  This situation of course sets up a conflict between the two sides.

Indeed, the Bedouins in the Negev are in conflict with the European-based government of Israel.  First, who are the Bedouin?  They are an Arabic speaking seminomadic group that is descended from nomads who for at least  thousand years inhabited the deserts of the Middle East, mainly from Syria in the north to North Africa in the south, and for our purposes, resided in Israel pre -1948, the date of the State’s founding.

The Bedouin also continue to reside within the boundaries of the State of Israel, and unlike the Palestinian or Arabs who also live in Israel proper the Bedouin serve in Israel’s military (the “IDF”).  Service in the military is very important for Jewish Israelis however, the Bedouin do not receive the benefits that Jewish soldiers receive upon being released from their term of service. 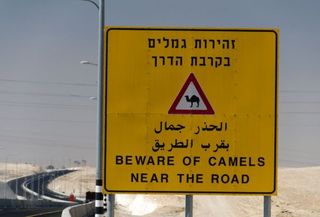 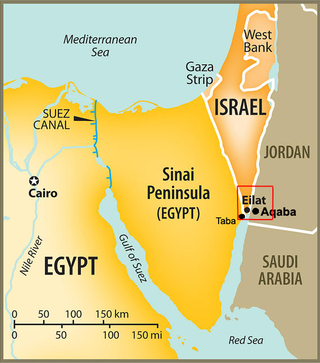 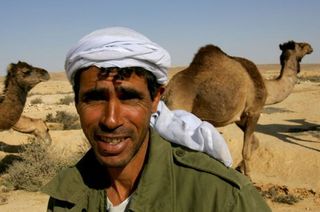 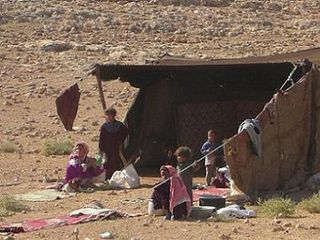 How the Bedouin Live Today, when Not Afforded Government Services

Notably, the Bedouin have been fighting for the right to the lands that they and their ancestors occupied since the founding of the State of Israel.  Moreover, they cannot undertake their semi-nomadic lifestyle since the borders of Egypt, Jordan, Lebanon and Syria are closed to them as a consequence of their Israeli citizenship.  The Negev Bedouin have thus been forced to give up their thousand year legacy of being nomads.

Since its founding in 1948, the Israeli government has held title to all but 7 percent of land within the country’s borders.  The latter is held by deed, generally predating the formation of the Government of Israel.   The government’s real property interests are transferred to it from the independent Jewish National Fund (“JNF”).  The JNF was established in Basel, Switzerland, in 1901, solely to purchase land from Arabs, the Ottoman Turks, Jews, and other land holders, within the bounds of what today is Israel.

In enacting the Israel Land Law of 1969, as amended, the Knesset (Parliament) sought to eliminate the majority of the Ottoman Turkish law of 1274.  That, in fact, did not occur.  However, Knesset members thought long and hard about the adoption of the British common law property system, if for no other reason, because it was extant and had been working for some 30 years.  Moreover, Hebraic or Jewish property law, as enunciated in the Bible and the Talmud, was also engrafted onto the 1969 law. Thus today, real property law in Israel is a combination of the three.  That legal sausage is now the law of the land.

A Twist in the Law

A personal story  may be of interest: In 1937, my father’s aunt purchased a parcel of property in Ramat HaSharon, an upper income city, north of Tel Aviv, where today most of the IDF’s generals reside.  She was one of 18 parcel holders.  When Aunt Sara passed away my father inherited the plot, and subsequent to his death, I inherited it.  The other owners and I  sought to develop all 18 parcels (4.5 acres), however, we cannot due to an artifact of Ottoman law.  That legal relic states that if A is growing any fruits or vegetable on B’s land, as a lessee, the lease cannot be terminated by B until A decides not to grow crops.  In our situation, my father’s aunt Sara purchased the property following A’s agricultural undertaking.  He grew tomatoes, and his heirs continue to do so.  Thus, three generations of my family are legally bound not to evict the farmers from our land.  One bright spot is  that we as owners we do not have to pay real estate taxes, s long as the property remains agricultural.

Another one sided account which ignores fact and figures. Is it that easy to draw a connecting line between the evil “European Government” of Israel and other (much worse) colonial powers that ruined indigenous cultures such as the ones in Australia and the US? Get your figures right and stop disseminating false accusations. At least half of the Jewish population which lives nowadays in the Negev is not “European” at all but rather comprises of Jews who fled from African countries and Jews who were banished from their Arab homelands. They were resettled in the Negev in the worst conditions and in the worst townships. So yes, Bedouins once lived there, although some of them cannot prove it, but your premise that “European” conquest occurred is untrue. Stop ignoring the whole story. Your position is obviously taken from a privileged point of view of someone whose family came from civilized Europe.

You missed my point entirely. I am not saying that my government, the Israeli government, is better or worse than other colonial powers. I merely sought to point out that my government which was formed by Ashkenazi/European Jews is as European as colonial America or Canada were in their day.

You next declare the following: “And if you have some facts and figures”, I am uncertain about the types of fact and figures you are speaking about. What facts and figures do you have? What false accusation that I may have made are you referring to?

Your subsequent assertion is that “At least half of the Jewish population which lives nowadays in the Negev is not “European” at all but rather comprises of Jews who fled from African countries and Jews who were banished from their Arab homelands.” I lived in the Negev, in Yerucham, so I very well know the demographics. You in fact, forgot to mention that somewhere between 20,000 and 30,000 Russian Jews were re-settled in Dimona, Yerucham, Ofakim, etc., by the Israeli government

But, again what is your point? Because as far as I can discern you and I are on completely different tracks; I am speaking about a position that MY Government is taking vis a vis land and property. Oh, yes, wait until my next post to argue about who owns what!

What “whole story” am I ignoring? I will not address your ad homonym attacks. But if you have anything substantive to add to my discussion, I shall be very glad to pursue such a conversation on those issues with you.

Just so we are clear, I myself am of Ashkenazi descent. Both my parent are survivors of the Holocaust: my mother Auschwitz-Birkenau #67900, and my father in a Russian labor, nay, slave camp. So, I know what it means to be a vooz-vooz in Israel. And, I am a extremely proud Sabra.

I close by asking again, what is your point regarding land use and property law?

See my personal blog at itzchakkornfeld.com