Of DIY Urbanism and Electric Boxes

Last year I wrote an article about DIY Urbanism—modest, often illegal, transformations of urban physical space. A few examples of the phenomenon unfolded before my eyes during the year I recently spent in Jacksonville, Florida. Two of those examples involved artwork on utility boxes. 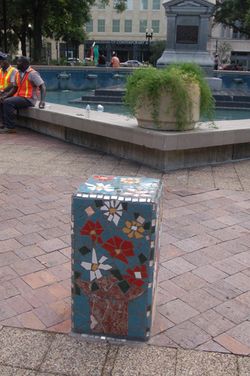 Among my friends in Jacksonville were Kate and Kenny Rouh of RouxArt, artists whose stated mission is to “tile the town” with community-based mosaics.  One day thay casually mentioned their plans to spend that weekend installing a mosaic on a utility box in Hemming Plaza, a downtown public space fronted by City Hall, a Federal Building, and the Museum of Contemporary Art Jacksonville. Unfortunately, Hemming Plaza has received a lot of negative attention in recent years, some due to physical neglect and some in response to the use of the space by many homeless people. The artists’ goal was simply to respond to the negativity with action instead of handwringing by adding a positive feature to the Plaza. They later told me of their very enjoyable weekend interacting with plaza users who observed them working on the project. The final result is pictured at left. (To our amusement, local news outlets covering the sudden appearance of the mosaic credited it to an “unknown artist,” despite the fact that the RouxArt name is rather clear on one side of the pillar. RouxArt has worked with the City before, has appeared numerous times in local media, and is easily searchable online.) With its community-focused aesthetic and uniformly positive reception, RouxArt’s small artwork in Hemming Plaza is an example of DIY urbanism at its best.

The second, more complex story played out several major themes from my article: the heightened probability of enforcement when an intervention is controversial, the frequent shift from illegality to legality, and the need for simple process to allow DIY interventions to happen. My engagement—this time simply as a community member and spectator—started one day on my afternoon commute. While exiting a bridge, I noticed a bright figure in the style of a Keith Haring painting onto a free-standing electric box. According to local media reports, the artist called himself KHG, for “Keith Haring’s Ghost,” and that the small structure he had painted was actually a signal box, a previously-drab feature of the urban landscape housing an electrical mechanism that controlled the traffic light. 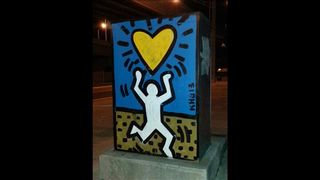 Over the next couple of weeks, I saw more, similar paintings, joyous additions to the cityscape on signal boxes throughout my Riverside neighborhood. In my article, I had noted that DIY urbanists who create interventions that enhance cityscapes rarely face legal sanction. Sadly, this did not apply to KHG: the City of Jacksonville arrested him in March, revealing his true identity as artist Chip Southworth and charging him with a felony for “damaging” the utility boxes.  The City attempted to justify its heavy-handed response in part with a theory that the paint colors might cause the signal boxes to overheat and malfunction.  However, another reason might be the fact that some of the works were overtly political, commenting on race relations, gun violence, and discrimination based on sexual orientation—issues that remain highly contentious in Jacksonville.  For example, an early work in the series portrayed an angel in a hoodie, standing in for slain teenager Trayvon Martin. (In contrast, RouxArt’s contribution to Hemming Plaza had been chiefly decorative.)  Southworth’s charge was later lowered to a misdemeanor; he pled no contest, performed community service, and agreed to pay fines and court costs totaling more than $1,000. 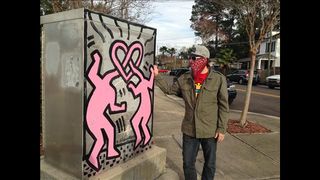 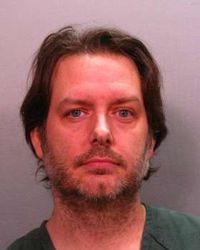 In my article also noted that interventions with illegal origins sometimes gain legitimacy and, eventually, legality. That appears to be happening in Jacksonville, where the debate over KHG’s arrest has highlighted the need to legalize some street art, including a possible program for painting signal boxes.  Legalization of street art seems particularly appropriate given Jacksonville’s recent efforts to brand itself as a creative hub, with the creation of the One Spark Festival and a downtown arts district  to spur economic activity “through artistic energy, cultural vibrancy and exciting streetscapes.” As now-president of the Cultural Council Tony Allegretti noted in an interview with the Folio Weekly  before KHG's arrest, the only thing lacking was a simple process for legal street art projects:

"I don't know why, necessarily, it's controversial...I was surprised to hear there was any kind of negativity around [KHG's works]. I think they add to the beautification of our neighborhoods. … The only thing left to discuss is, what's the process next time? In an ideal situation, we're one meeting away. How can we take something that lacks a process and create a process?"

As of this writing, the Cultural Council has submitted proposed legislation to achieve just that. Although KHG's vibrant signal boxes have all been painted over, his DIY street art may yet leave a more enduring mark on the city.