Historic resources—buildings, monuments, parks, street patterns, archaeological sites etc.—provide numerous economic, educational, psychological, and sustainable benefits to the cities in which we live.  Yet, planning and policies surrounding historic urban resources often fail a fundamental first principle that is simple in theory, yet bedeviling in practice:  know what you have.  This principle motivated the most famous resource survey in the world:  William the Conqueror’s Domesday Book.

Nearly 1000 years removed from the Norman invasion—during an age of internet, selfies,

television, digital pictures, and share-ware—there is not a single city in the United States boasts as complete a picture of its historic resources as William had of the farms, oxen, and pigs on subjugated Anglo-Saxon lands in 1086.

How are we supposed to integrate historic resources into broader urban planning and economic development policies if we don’t know what resources are available?  The reasons for this gap are complex, ranging from disinterest in preserving historic resources in favor of new development to the difficulty of constantly updating a historic resources inventory that grows every year on a shrinking municipal budget.  Nevertheless, some states and many local governments have laws requiring them to catalogue and protect historic resources.  (If only our laws were coupled with medieval punishments for failure. . . .) 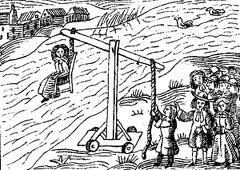 To organize and manage historic resources, many state and local governments utilize some form of inventory or list.  Some of these are yellowed, wrinkled papers (with or without polaroids) in a dusty 3-ring binder.  Others, like Georgia’s Natural, Archaeological, and Historic Resources GIS (GNAHRGIS), are specially-produced, online, publically accessible inventories that are byzantine in design and useful only to the consultant who created it and irregularly updates it (if at all).

Currently, Los Angeles city officials are using ARCHES in a program called SurveyLA to create the first-ever, comprehensive survey of LA’s historic resources.  (Prior to SurveyLA, only 15% of the city had been surveyed for historic resources).  And ARCHES is also being used by towns and cities in other countries to document and manage their immovable heritage.  U.S. cities and towns now have the opportunity to create their own Domesday.  All that is required is a William. 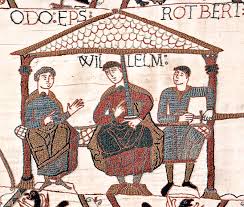