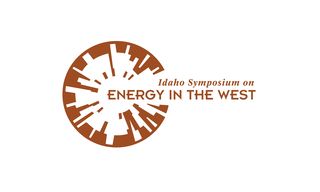 Inaugural Idaho Symposium on Energy in the West

Transmission & Transport of Energy in the Western U.S. & Canada: A Law & Policy Road Map to 2050

This inaugural meeting of the Idaho Symposium on Energy in the Westseeks to provide a forum to investigate the future of basic—but vital—legal questions arising from western U.S. and Canadian energy production.  This return to basics is precisely to envision, and re-envision, the long-term infrastructure investments that the dramatic rise in energy production in the west now necessitates.  Three baseline questions guide the meeting:  What is the market demand for western energy?  Where is energy produced in the west?  How is energy transmitted and transported in the west?  After establishing this baseline in key western energy sectors, speakers will then provide a 2050 vision for each of these baseline questions, as well as a road map for how that future might, or should, be shaped by law and policy.  Energy sectors investigated will include:  oil and gas (conventional, hydraulic fracturing, and oil sands); coal; wind; solar; nuclear; and electricity markets.  The meeting is also expected to result in the production of short essays on the meeting topic, which will be published in the 2015 Idaho Law Review’s Natural Resources and Environmental Law edition.  In addition, one of the goals of the inaugural meeting of the Symposium is to identify an emerging energy law question to form the basis for a scholars’ roundtable to be held in the 2015-16 academic year.

Call for Presentations and Essays

The University of Idaho, College of Law is pleased to issue this call for presentations and essays for the inaugural Idaho Symposium on Energy in the West.  The topic for this first meeting of the series is Transmission & Transport of Energy in the Western U.S. & Canada:  A Law & Policy Road Map to 2050.  This meeting will be held at the Sun Valley Inn and Conference Center in Sun Valley, Idaho, on November 13-14, 2014.  Reasonable travel expenses of participants will be covered.

To submit a proposal, please send a 250-word proposal and CV to Prof. Stephen R. Miller at millers@uidaho.edu as soon as possible, but no later than September 15, 2014. While speakers will also be selected by invitation, we are committed to using the CFP process to fill at least several speaker positions. Please indicate which energy sector you would like to discuss and, in particular, your legal scholarship or experience with that sector.  Sectors to be discussed at the meeting are:  oil and gas (conventional); oil and gas (hydraulic fracturing); oil and gas (oil sands); coal; wind; solar; nuclear; and electricity markets.

We are especially interested in speakers that would commit to draft a 1,000 word essay based upon presentations at the Symposium.  Speaker essays will appear as a collection in the 2015 Idaho Law Review Natural Resources and Environmental Law edition.  Essay drafts will be due in Spring, 2015.

About the Symposium Series

The Idaho Symposium on Energy in the West is a new interdisciplinary collaboration between the University of Idaho, College of Law Natural Resources and Environmental Law Programs, the Center for Advanced Energy Studies, and the Energy Policy Institute at Boise State University.  The collaborators intend to hold the Symposium on an annual basis.  In the 2014-15 academic year, and every other academic year thereafter, the Symposium will be a large, public-facing event suitable for scholars, industry professionals, and practicing lawyers.  CLE credits will be available both through in-person attendance as well as through an Internet broadcast of the event.  In the intervening years, the Symposium will convene primarily as a scholars’ event with a goal of providing a collaborative environment to advance law and policy scholarship on energy issues in the western U.S. and Canada.  Funding for the Symposium is generously provided by the Center for Advanced Energy Studies.