The Sixth Circuit's recent decision in Loesel v. City of Frankenmuth, 10-2354, 2012 WL 3553272 (6th Cir. Aug. 20, 2012) provides us new lessons both in the big box wars and for this blog's on-going debate about what constitutes animus for purposes of equal protection claims in the land use context.

Frankenmuth, “Michigan's Little Bavaria,” is one of the top tourist destinations in Michigan. Despite its popularity with tourists, Frankenmuth maintains a small town atmosphere with a population of 4,838 in the City and 2,049 in the Township, according to the 2000 U.S. Census (the last Census taken before the events relevant to this case occurred). The City is famous for its Bavarian-themed stores, restaurants such as the Bavarian Inn and Zehnder's serving family-style chicken dinners, and its gift shops. Bronner's Christmas Wonderland, the world's largest year-round Christmas store, draws over two million visitors annually. 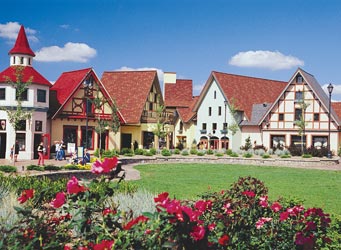 The Loesels, the plaintiffs, were the co-owners of a 37–acre tract of land that borders Main Street just outside the Frankenmuth city limits but within the city's urban growth area established by the city and surrounding township to maintain the city's character.  In 2005, the Loesels, who were renting to land to a tenant farmer, entered into an agreement with Wal-Mart to purchase the property for $2.9 million, but subject to a condition that permitted Wal-Mart to back out of the agreement during a "feasibility period" if it determined that it would not be able to build a store on site.  At the time of the agreement, the store Wal-Mart wanted to build was permitted by local zoning code.  However, local officials took significant steps to change the local zoning in a way that other cities had done in successful efforts to keep out Wal-Mart.

Listed below are links to weblogs that reference Big Box v. Little Bavaria: Lessons in Animus from the Sixth Circuit: