After slogging through the Mahon and Penn Central cases (booorrring), it's always a relief to start talking about Lucas v. South Carolina Coastal Council.  The reason is simple: Justice Scalia knows how to keep us entertained.  In particular, Scalia loves to get sassy in his footnotes.  I'm sure readers have their favorites, but one of mine is footnote 8 of the Lucas opinion, which in addition to being enjoyable, is also very illuminating.  I spend about 20 minutes of class time discussing this footnote and its implications for both takings law specifically and land use law more generally, including the intractable NIMBY problem.

The basic holding of Lucas is that a state regulation that deprives property of all economic value (i.e., a "total wipeout") is a per se taking, subject to a few caveats and exceptions that I'm not going to get into here.  Footnote 8 takes on Justice Stevens's argument, in dissent, that the "total wipeout" rule is arbitrary because the landowner who suffers a 95% wipeout gets no compensation while the landowner who suffers a 100% wipeout gets 100% compensation.  Scalia's response: that result "is no more strange than the landowner whose premises are taken for a highway (who recovers in full) and the landowner whose property is reduced to 5% of its former value  by the highway (who recovers nothing).  Takings law is full of these 'all-or-nothing' situations."  To illustrate this hypothetical, I draw the following picture on the board: 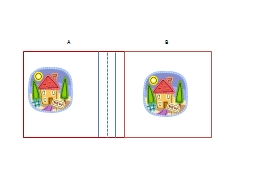 I then ask my students the question left unanswered by this hypo: why does Owner "A," whose land is taken for the highway, get full compensation, whereas Owner "B", whose land is substantially devalued by the siting of a highway adjacent to his home, get nothing?

The doctrinal answer is reasonably clear: A has suffered a physical occupation, which is a per se taking under Loretto, whereas B has not, and thus can only bring a takings claim under the Penn Central balancing test.  B is not likely to win under that test, as the government can articulate a substantial public interest in building a new highway and B has only a weak claim that the new highway interferes with any "distinct investment-backed expectations" since he, like the owners of Grand Central, can continue using his property in exactly the manner it has been used before: in my version of the hypo, as a single-family home.

But this then begs another question: why treat the physical occupation so differently from a siting decision with such severe impacts on adjacent landowners?  To answer this, note that my initial drawing is, of course, highly misleading. Externalities rarely involve two isolated landowners.  The following is a more accurate depiction: 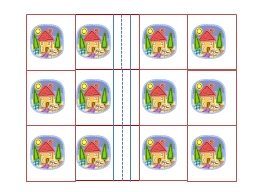 The conceivable adverse impacts of the highway (noise, congestion, decreased property values) thus extend far beyond the immediately adjacent owners, even to households outside the frame of the picture depicted here.  If a court were to hold that the diminution in property value suffered by an adjacent landowner were sufficient standing alone to state a compensable takings claim, then any other landowner who could likewise establish that the highway resulted in some decrease in his or her property values would seemingly be entitled to compensation, even if the land in question were located at a considerable remove from the highway and suffered only a de minimis decrease in value.  The potential claimants could number in the dozens or even hundreds.  Courts would be flooded with litigation and be stuck with the unenviable task of determining whose injuries are sufficiently severe to warrant compensation, while legislatures would have to worry that every regulatory intervention would subject them to massive liability for damages.

Limiting recovery to those who endured a physical occupation seemingly solves these problems.  The class is relatively smaller and more discrete, and there is a fair presumption that a physical occupation has caused some pretty serious injury to the landowner.  So courts are relieved of having to make fine distinctions and legislatures only have to worry about condeming land in the path of the proposed highway.  In other words, the distinction between the owner whose land is taken for a highway and the owner whose land is devalued by the highway has nothing to do with the divergent expectations or quantum of injury necessarily suffered by the two landowners, and everything to do with easing the administrative burden on the legislature and the courts.

This short hypothetical thus brings out a number of important points.  For one thing, it further emphasizes the point, made by the Court in the text of the Lucas opinion, that a "total wipeout" is essentially analogous to a physical occupation because of the presumed extent of the deprivation and the likelihood that a small class of discrete individuals is being singled out to bear a burden that benefits the public generally.  More broadly, the hypo signals the way in which Lucas is self-consciously undertaking a philosophical shift away from Penn Central.  Where Penn Central was comfortable with the indeterminacy of a balancing test for purposes of ensuring equitable treatment in individual cases, Lucas is more concerned with establishing a bright-line rule that provides certainty and eases administration, even if that rule is somewhat arbitrary and sacrifices fairness in some circumstances (the landowner whose land is taken for a highway is compensated in full, whereas his neighbor gets nothing for a 95% diminution in property value).

This hypo also illustrates the extent to which takings law -- and land use law generally -- favors developers and users of land as opposed to those with an interest in the non-use of land.  The Court's analogy between a total wipeout and a physical occupation elides something important -- in the latter, the landowner has suffered a loss of the right to exclude, that most essential stick in the bundle of rights we call property, whereas in the former, the landowner still has the right to exclude, but has lost the right to develop.  Scalia seems to be suggesting, therefore, that the right to develop is itself also an essential stick in the property rights bundle.  This is consistent with Scalia's approach in other takings cases, such as Nollan, which expresses a concern about legislatures extorting developers in exchange for the right to exercise their right to develop.  At the same time, the highway hypothetical makes clear that landowners with an interest in the non-use of neighboring land (i.e., NIMBYS) are not protected by takings law for all the reasons stated above.

NIMBYs could conceivably be protected against unwanted land use sitings, zoning changes, etc, by the Penn Central test.  In principle, NIMBYs could make a strong case that they have "distinct investment backed expectations" in maintaining the status quo: 1) homeowners purchase property priced at a certain value, and take out a mortgage to finance such purchase, in reliance upon existing zoning regulations and land use patterns, which are capitalized into home prices; 2) zoning regulations are specifically designed to induce such reliance in order to attract homeowners who will contribute to the tax base; 3) a change in zoning or other authorized land use change depresses home values, while the principal on the mortgage remains unchanged, thus seriously prejudicing homeowners.

In reality, this argument has had little force.  In takings and other contexts, courts insist that homeowners have no "vested rights" in existing zoning.  Only developers, it seems, can have "distinct investment backed expectations."  (In the takings context, I recognize, this may be because the initial zoning regulation upon which homeowners relied has actually increased home values, so it can hardly be called a "taking" to simply take back part of what has been given.  But even if so, it would seem as though homeowners should have some state law cause of action for their expectations based on vested rights, NCU, or zoning estoppel).  There are, I think, three reasons why the law so favors developers.  First, as mentioned above, there is that problem of the administrative burden of dealing with innumerable NIMBY claims.  Second, there is the traditional Lockean preference for the productive use of land, which is of course a very scarce resource, as opposed to its non-use.  Finally, there may also be a public choice rationale at work here.  As William Fischel and others claim, NIMBY homeowners tend to be the dominant faction in most municipalities, while developers are reduced to the status of supplicants.  If that claim is true, then it is perfectly sensible that courts would favor the interests of politically disadvantaged developers while leaving NIMBYs to the political process where they are typically very successful.

This public choice rationale, however, raises some questions.  The assumption that NIMBYs are all-powerful and developers powerless has been forcefully challenged, and the empirical evidence appears to show that, at least in larger municipalities, developers are quite powerful.  Another question, with which I close this long post, is of the "chicken-or-the-egg" variety.  Do courts favor developers because homeowners are disproportionately powerful in local politics, or are homeowners disproportionately powerful because the absence of a legal remedy for their grievances gives them a strong incentive to be politically active?  As I mentioned above, the "expectations" inquiry is circular because courts do not only respond to expectations, but also shape them.  Is it possible that the reason angry mobs of NIMBYs pack planning board meetings to oppose zoning changes, and the reason they perceive the deck to be stacked against them despite their power in the political process, is because the courts have traditionally favored the claims of developers and told NIMBYs to seek relief elsewhere?

Listed below are links to weblogs that reference Takings Jurisprudence, NIMBYS, and Scalia's Hypothetical Highway: