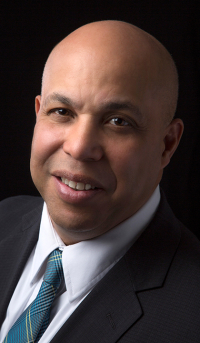 Michael Duff (Wyoming, en route to SLU) has just posted on SSRN his new article (forthcoming Kentucky L.J.) Fifty More Years of Ineffable Quo?: Workers' Compensation and the Right to Personal Security. I usually edit down abstracts to one paragraph, but one paragraph won't do justice to this critically important article. Here's the full abstract:

During the days of Covid-19, OSHA has been much in the news as contests surface over the boundaries of what risks of workplace harm are properly regulable by the federal government. Yet the original statute that created OSHA—the Occupational Safety and Health Act of 1970—was not exclusively concerned with front-end regulation of workplace harm. Just over fifty years ago, the same Act mandated an investigation of the American workers’ compensation system, which consists of a loose network of independent state workers’ compensation systems. The National Commission created by the Act to carry out the investigation issued a report of its findings in 1972 and concluded that American workers’ compensation was neither fair nor adequate. The Commission made nineteen “essential recommendations” for the system’s improvement. The federal Department of Labor shifted into high gear to monitor state compliance with the recommendations under implicit, but vague, threat of workers’ compensation federalization if progress was not achieved. In what is perhaps the most interesting part of the story, nothing changed. Today, the Department of Labor no longer monitors workers’ compensation’s attainment of any benchmarks, although some organizations monitor workers’ compensation “trends.”

In its essence this article is about whether state legislatures have carte blanche to annihilate meaningful remedies for workers wrongfully injured in the workplace. Furthermore, to the extent that state legislatures pursue such objectives, the article presses for recognition of a Blackstonian “absolute” right to personal security. Evisceration of remedies not only makes workers poorer, but also leads to their insecurity because they work for actors with insufficient incentives to act safely. The solution to the problem is for legislatures to be more transparent about the relationship between workers’ compensation benefits and foregone negligence remedies—particularly because the original Grand Bargain was struck at a time when negligence affirmative defenses would instantly defeat tort claims, a situation that no longer obtains. The time for benefit inscrutability and ineffability is over.