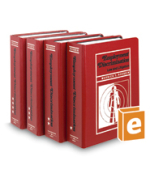 Asserting and defending the employment rights of lesbians, gay men, bisexual, and transgender, queer, intersex, and asexual people (LGBTQIA+) is a decades-long civil rights struggle. Increasing awareness and acceptance of LGBTQIA+ individuals in U.S. society does not mean that society has not always been sexually diverse, or that sex has only recently been recognized as socially, rather than “biologically,” defined.

In June 2020, The Supreme Court decided a trio of cases wherein it acknowledged for the first time that federal workplace protections reach anti-LGBTQIA+ discrimination. In the landmark decision Bostock v. Clayton County, the Court held that because under Title VII an employer cannot rely on sex as a but-for cause, even if not the sole or primary cause, to fire an employee, an employer who fires someone for being gay or transgender “defies the law.” The landmark decision is a result of generations of advocacy by LGBTQIA+ communities and their advocates inside and outside of the courtroom. Although Title VII has prohibited sex discrimination since its enactment, early decisions rejected claims by LGBTQIA+ people as outside the statute’s ambit. Even as the doctrine generally reflected a broader understanding of sex discrimination, leading up to Bostock there existed only a patchwork of lower-court and agency precedent that Title VII covered LGBTQIA+ people (see §§ 27:2, 27:3, 27:5, 27:7.25). As a result, a LGBTQIA+ employee’s ability to seek redress for discrimination against a private employer depended on her zip code, even under federal law. The Supreme Court’s forthright decision opened courthouse doors throughout the country to LGBTQIA+ workers.

The achievement of Title VII protection is a vital milestone but not the end point in addressing discrimination: LGBTQIA+ people have long faced unacceptable levels of workplace discrimination. Despite a dramatic increase in public acceptance post the Supreme Court’s decision in Obergefell, during the administration of President Trump, the hateful rhetoric, and the policy positions taken by the President and his administration concerning LGBTQIA+ people, public tolerance for accepting LGBTQIA+ individuals declined. Moreover, because LGBTQIA+ workers who are Black, Indigenous, or people of color face disproportionate employment discrimination, the ongoing struggle for racial justice is integral to achieving meaningful equality for LGBTQIA+ people. Winning a workplace discrimination case can be devilishly difficult, especially for low-income workers who often face formidable barriers even to accessing counsel. Because LGBTQIA+ people face significant hostility and misunderstanding from a variety of social forces, including some courts, lawyers litigating for equal treatment for their LGBTQIA+ clients must innovate and educate as well as advocate. Not only does discrimination in the workplace injure and deprive individual LGBTQIA+ workers of their livelihoods, it stigmatizes LGBTQIA+ people as a group.