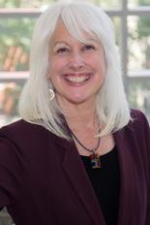 Susan Bisom-Rapp (TJSL; visiting Cal Western) has posted on SSRN her essay The Landmark Bostock Decision: Sexual Orientation and Gender Identity Bias in Employment Constitute Sex Discrimination under Federal Law. The essay was solicited by and written for the Comparative Labor Law & Policy Journal (CLL&PJ). Valerio De Stefano (KU Leuven) and Sean Cooney (University of Melbourne) are editors of the dispatch section of the CLL&PJ. Dispatches are relatively short essays summarizing a "significant development in national labor [and employment] law." A dispatch explains the import of a domestic development and "the reasons for transnational interest…." CLL&PJ posts the dispatches on the journal’s website and the dispatches are open access. Here is a link to the dispatch section of the CLL&PJ, where the essay can also be found. Here is the abstract:

On June 15, 2020, the Supreme Court of the United States (Supreme Court or SCOTUS) issued a widely anticipated decision holding that the federal statutory ban on sex discrimination in employment includes a prohibition of discrimination based on sexual orientation and gender identity. A landmark case in every sense of the term, Bostock v. Clayton County (Bostock) is important for a number of reasons. Besides being a significant victory for civil rights advocates, LGBTQIA people, and their allies, the 6-3 decision was notable for its discussion of an ascendant theory of statutory interpretation, the majority’s well-reasoned analysis of the principles of causation, and the fact that a conservative judicial appointee of President Donald Trump authored the majority opinion. The decision also underscores the value of a carefully constructed LGBTQIA rights litigation strategy that was decades in the making. Perhaps most importantly, Bostock lays the groundwork for nationwide protection of sexual minorities from discrimination in housing, education, health care, and public accommodations, among other areas.

Despite polls showing that a majority of Americans support civil rights for LGBTQIA people, reaction to the case, both for and against, has been strong. Strong partisan response is in part driven by the Trump administration’s agenda vis-à-vis the rights of sexual minorities. Indeed, one hallmark of Trumpism has been the continuous attack on civil rights advances for the LGBTQIA community, with a great deal of hostility aimed at transsexuals. Given the antipathy of the administration towards a vulnerable population, civil rights advocates see Bostock as a much needed course correction and cause for celebration. Cultural conservatives, on the other hand, argue that Bostock strikes a blow against religious freedom and constitutes usurpation by the Court of the federal legislative function. The fears of cultural conservatives, however, were likely assuaged somewhat by a pair of SCOTUS decisions, which were issued just three weeks after Bostock. While those cases may presage limitations on the reach of Bostock, and seem to prioritize religious freedom over other fundamental rights, this Dispatch cautions that the human right to be free of workplace discrimination based on sexual orientation and gender identity must be safeguarded as the rule rather than the exception.