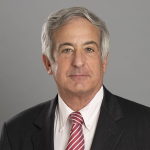 Edward A. Zelinsky (Cardozo) has just posted on SSRN his article (forthcoming 70 Catholic U. L. Rev.) Defining Who Is An Employee After A.B.5: Trading Uniformity and Simplicity for Expanded Coverage. Here's an excerpt from the abstract of his thoughtful and nuanced article:

My assessment of California’s A.B.5 differs from the evaluation advanced by the advocates and opponents of that legislation: I conclude that A.B.5 made a significant but limited expansion of the coverage of California labor law but at a notable cost. ...

A review of A.B.5 and the background from which it emerged leads to a more nuanced story than either of the[] simple pro/con narratives. For those who assert that current law is uncertain and too complex, A.B.5 makes matters worse. A.B.5 is replete with exceptions, exemptions and interpretive challenges which make the law of employee status even more complicated and unclear than it was before. For those who seek expanded employment-based protection for workers in the modern economy, the myriad exceptions and exemptions of A.B.5 are a sobering warning of the practical and political realities standing in the way of such expansion. For those defending the status quo, A.B.5 is an equally sober warning of considerable dissatisfaction with that status quo.

A.B.5 is thus an important data point which indicates that those who seek to reform the law of employee status face a trade-off: Efforts to expand the coverage of employment-based protection laws will make the law more complex and less uniform – as did A.B.5. Given the relevant political forces and policy considerations, legislators can broaden the reach of employment-based regulatory laws to cover more workers in the modern economy or they can simplify and unify the legal definition of employee status. They cannot do both.