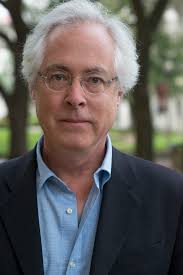 Louis Menand (Harvard Arts & Sciences; degree from Harvard Law) published a great essay in last week's The New Yorker on affirmative action: Integration by Parts. I'm posting the take-away below, but the entire essay is well worth reading, not least for its historical description of the concept.

The whole history of affirmative action shows ... that when the programs are shut down minority representation drops. Diversity, however we define it, is politically constructed and politically maintained. It doesn’t just happen. It’s a choice we make as a society.

But it is hard to understand the opposition, often diehard, of many white liberals that has persisted since the nineteen-seventies. Did these people really imagine that passing a law against discrimination would reset race relations overnight? Do they really think that white Americans, wherever they work or go to college, do not carry a lifelong advantage because of the color of their skin? Do they really believe that there should be no sacrifice to make or price to pay for the systematic damage done to the lives of millions of American citizens and the men and women who are their ancestors?

Two topics that are not often compared but could be: 1) The tax-free transfer of wealth from father to heir and 2) the inherent and historical prejudices and favoritisms of society as it affects an individual's success. Forgotten is the fact that Affirmative Action was only required of FEDERAL CONTRACTORS, not all employers. Tax favored balanced by tax spending. It is confused with EQUAL OPPORTUNITY that is a different program.

Last year, I published a law review article advocating private employers’ voluntary embrace of affirmative action. I argue that the time is ripe for laying the political and social groundwork to re-embrace affirmative action in private employment. It has been an effective and robust remedy to integrate the workplace and increase black economic progress. There is no denying that the history of employment in this country is the history of racism. Employment discrimination has been a systemic cause of economic disparity for blacks and it makes white prosperity possible. Given what’s happening on the national scene, it seems foolish to reinvigorate this debate but the New Yorker article helps keep the public eye on it (and not just around education).

Here's the link to the article: https://scholarworks.law.ubalt.edu/ublr/vol48/iss2/3/