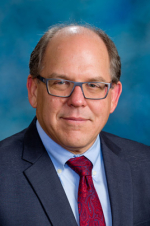 Curiously, there was no dissenting opinion despite the substantial findings of fact by the regional director finding the petition valid, and despite the fact that the decision was appealed to the liberally controlled Obama Board. This essay is the first substantive critique of the NLRB’s decision in the case. The essay looks carefully and deeply at each of the stated, as well as the unstated but implied, reasons for the decision. What the essay reveals is an administrative agency decision that neglects to make critical findings and arguments in support of the agency’s position against the petition. Also, the essay uncovers a flaw in the Board’s understanding of the limited scope of its discretion to decline jurisdiction in instances where the entity involved has a substantial effect on commerce. Essentially, this essay is the missing dissenting opinion in the case.