The D.C. Circuit has just ruled on the NLRB's Browning-Ferris joint-employer test, largely approving the standard that made many on the employer-side of things apoplectic. In Browning-Ferris v. NLRB, the court approved of the joint-employer rule, but remanded because it held that the Board didn't apply part of the rule correctly. This issue is becoming increasingly convoluted, so let me break down some of what's going on.

Today our employment law provides workers with far more protection than once existed with respect to hiring, firing, salary, and workplace conditions. Despite these gains, continued progress towards justice is currently in jeopardy due to companies’ imposition of mandatory arbitration on their employees. By denying their employees access to court, companies are causing employment law to stultify. This impacts all employees, but particularly harms the most vulnerable and oppressed members of our society for whom legal evolution is most important. If companies can continue to use mandatory arbitration to eradicate access to court, where judges are potentially influenced by social movements, social movements will no longer be able to assist the overall progressive trend of our jurisprudence. While the phenomenon of mandatory employment arbitration is not new, recent Supreme Court opinions have encouraged an even greater number of employers to use this practice to force employees to take any disputes to arbitration, rather than to court. Focusing particularly on the #MeToo movement, this Article will consider this reality and its detrimental implications for the evolution of legal precedent affecting our most vulnerable employees.

Thanks to Jon Harkavy (Patterson Harkavy) for sending word of the Fourth Circuit case Netter v. Barnes. Although the plaintiff lost, Judge Motz's opinion for the Court rejects a broader rationale that would have hampered enforcement of section 704 of Title VII in "protected activity" cases generally. 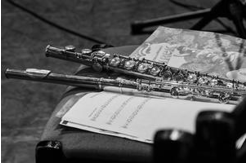 There is a great piece in the New York Times that was just called to my attention which does a wonderful job of exploring a lawsuit alleging pay discrimination at the Boston Symphony Orchestra.  The lawsuit is brought by a premier flutist who maintains that she is paid about 75% as much as her most comparable colleague, who is an oboist.  The allegations call to mind the well-known study on gender discrimination which was performed decades ago with respect to musical blind auditions, and shows that this type of discrimination is still present today.  The article notes that the plaintiff, "who previously held positions in Baltimore, Washington and Indiana, joined the Boston Symphony in 2004. She has been a featured soloist with the orchestra 27 times, more than any other principal musician, according to the lawsuit. Critics for The New York Times have called her playing 'ravishing' and 'splendid.'"  If you are researching in the pay or gender discrimination area, this article is definitely worth a look.

The deadline for students to apply for Peggy Browning Fund 2019 Summer Fellowships is fast approaching. Now would be a good time to encourage students to apply. Complete information is available here.

Many thanks to Kathryn Moore (Kentucky) for sending word of this ACEBC Competition:

The American College of Employee Benefits Counsel is sponsoring a competition, with a $10,000 prize, for the best original legislative proposal to simplify employee benefits law. This is the second year of the award, which the College hopes to offer for at least three more years. The initial award was presented at the College’s Annual Meeting and Induction Dinner in the Fall of 2018. For a submission to be eligible for the 2019 award, it must be submitted in accordance with the rules linked below, on or before April 1, 2019.

Criteria for judging submissions include the degree of simplification, prospects for enactment, and originality. Submissions must enhance, or at least have no adverse effect on, any material rights of employees and plan participants.

The award winner will be selected each year by the ACEBC Simplification Award Committee. The Award Committee’s selection of a winner will be subject to the approval of the ACEBC’s Board of Governors. Detailed rules, eligibility and selection criteria, and submissions procedures for the 2019 competition are available at www.acebc.com/simplification-award-rules. An updated list of FAQs is posted at www.acebc.com/simplification-award-faqs.

Congratulations to Anne Trebilcock (formerly ILO), who has delivered a wealth of comparative and international labor law scholarship over the last year. Here's a sample: 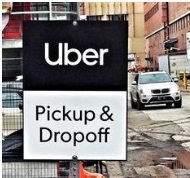 Much has already been written on the status of Uber/Lyft drivers as independent contractors v. employees.  This issue directly impacts the working relationship of tens of thousands of workers in the technology sector, and touches on almost all areas of employment law -- most notably wage/hour regulations.  The city of New York in many ways just bypassed this entire question by directly providing a new minimum wage specifically targeting ridesharing workers.  This new law, the first of its kind, mandates that ridesharing companies such as Lyft and Uber compensate their drivers for expenses and pay these workers at least $17.22 per hour.