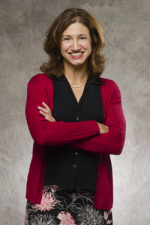 Rachel Arnow-Richman (Denver) has just published CBS CEO Moonves’ Ouster is a Too Rare Case in the San Francisco Chronicle. A brief excerpt is below. Congrats Rachel!

CBS’ announcement of CEO Les Moonves’ departure offers a welcome example of a company willing to cut bait on a star employee based on reports of repeated sexual harassment. Even more noteworthy is the news that Moonveslikely will receive no severance pay.

CBS’ refusal to offer Moonves a cushioned exit could presage a new level of accountability post-#MeToo, one where harassers can expect neither a pass nor a golden parachute. But there are reasons to be less sanguine. Moonves’ employment contract, like that of many C-suite employees imposes steep penalties on the company in the event of a termination without cause. For CBS, the cost could reach a reported $120 million, even discounting $20 million that the company has pledged to the #MeToo movement.

It can boggle the mind to imagine that Moonves’ termination is anything but justified. The allegations against him include forced oral sex, bodily exposure, physical violence, intimidation and retaliation. If even a fraction of it is true, then there is clearly cause to terminate him under any ordinary meaning of the word.

But it is not the ordinary meaning of “cause” that applies. High-level contracts typically define cause in idiosyncratic ways — requiring that the employee willfully fail to perform, commit a felony, or engage in gross misconduct materially harming the company. Courts interpret such language to mean conduct far exceeding ordinary wrongdoing. In cases of doubt, the burden usually is on the employer to justify its decision based on proven facts.