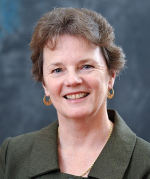 The United States Supreme Court dealt a serious blow to workers’ rights in Epic Systems Corp. v. Lewis, 584 U.S. __(May 21, 2018) when it held that employers may require employees to waive their rights to class or collective action. Employees had hoped the Court would find that mandatory individual arbitration provisions are illegal because Section 7 of the National Labor Relations Act guarantees employees the right to engage in concerted activities for mutual aid or protection. The Court, however, held that the Federal Arbitration Act requires arbitration provisions to be enforced as written. While the three cases before the Court involved wage and hour claims, the Court’s Epic decision impacts many other types of employment disputes that are diverted from courts to individual arbitration – including sexual harassment and other forms of discrimination in the workplace. In the era of #MeToo, some employers may choose to exempt sexual harassment claims from these mandatory private arbitration agreements due to public pressure to do the right thing. Nonetheless, mandatory arbitration provisions cover at least 60 million U.S. workers, and those requiring individual arbitration keep labor and employment claims hidden, and foreclose assertion of rights and achievement of appropriate remedies. This paper discusses the Court’s decision in Epic Systems, what worker rights remain after the decision, and what steps employee advocates and Congress might take to remedy the negative impact of the Court’s decision on workers’ right to act collectively.

I can't bear to write on employment arbitration any more -- theSCOTUS cases are just so bad on both policy and statutory-interpretation grounds. I'm glad others like Stephanie & Christine are fighting the good fight.

In 2015, the Supreme Court in Obergefell v. Hodges settled a decades-long national debate over the legality of same-sex marriage.  Since Obergefell, however, local and state legislatures in conservative and mostly rural states have proposed and passed hundreds of anti-LGBTQ bills.  Obergefell may have ended the legal debate over marriage, but it did not resolve the cultural divide.  Many rural Americans feel that they are under attack.  Judicial opinions and legislation protecting LGBTQ people from discrimination are serious threats to rural dwellers because they conflict with several core tenets of rural identity: community solidarity, individual self-reliance, and compliance with religiously informed gender and sexual norms.  This conflict is amplified by the relative invisibility of gay and transgender people who live in rural areas, and the predominately urban media representations of gay and transgender people.  In several respects, the conflict is merely perceived and not real.  It is at these junctures of perceived conflict that we can draw important lessons for bridging the cultural divide, thereby protecting LGBTQ people across geographic spaces.

This Article examines the sources and modern manifestations of rural LGBTQ resentment to provide foundational insights for the ongoing fight to protect all vulnerable minorities. Pro-LGBTQ legislation and judicial opinions symbolize a changing America in which rural inhabitants see their identities disappearing, devalued, and disrespected. The left, popularly represented in rural America as urban elites, characterizes anti-LGBTQ views as bigoted, and many people in small towns feel victimized by this criticism.  Drawing on a robust body of social science research, this Article suggests that these feelings of victimization lead to resentment when outside forces like federal judges and state and big-city legislators tell rural Americans how to act, think and feel.  Rural Americans resent “undeserving” minorities who have earned rights and recognition in contrast to the identities of and at the perceived expense of white, straight, working-class prestige.  They resent that liberal, largely urban outsiders are telling them that they must change who they are to accommodate people whom they perceive as unlike them.  Opposing LGBTQ rights is thus one mechanism to protect and assert rural identity.  It is important to unearth and pay attention to rural anti-LGBTQ resentment in the post-Obergefell era because it is part of a larger force animating conservative politics across the United States.

The United States still remains the only industrialized country without paid parental leave for newborn or adopted children.  The low unemployment rate, however, has encouraged some employers to revisit their parental leave policies.  Other businesses have also been creative in trying to develop benefits that would keep workers from seeking other jobs.  One Minnesota company has attracted a lot of attention for its policy related to "Fur-Ternity", which gives workers flexible leave to spend time with new pets.  From an article in the Star Tribune:

"Nina Hale, a Minneapolis digital marketing company, offers employees one week of flexible hours to care for new pets. . . The policy at Nina Hale includes 'any animal that doesn’t primarily live in a cage,' . . . The new perk centers around the idea of work-life balance, understanding that life extends beyond the office."

This and other policies signal a shift in the labor market in recent years, where employers must be more pro-active in finding ways to retain workers, creating new op"paw"tunities for some employees. 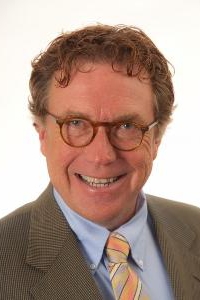 Jack Harrison (NKU-Chase) has posted on SSRN his article (forthcoming 52 Loyola Los Angeles L. Rev. 2018) 'Because of Sex'. Here's an excerpt from the abstract:

Even though Obergefell was a significant victory for the LGBT community, in the aftermath, a same-sex couple who gets married over the weekend may be fired from their jobs on Monday for simply displaying or posting pictures of their wedding. Because no explicit federal antidiscrimination law encompassing LGBT persons exists in the United States, the employer’s action in firing an employee because they were gay or lesbian would be legal in the majority of states. Therefore, marriage equality ironically makes employment discrimination against LGBT workers easier, in that employers are now more aware of who in their workforce identifies as LGBT because of their marital status and request for spousal benefits.... Ultimately, this article attempts to propose a unified theory under which discrimination based on sexual orientation would be included under Title VII’s prohibition against discrimination “because of sex.”

The NY Times has a story on Muriel Pénicaud, the French labor minister who has been leading the charge of reforming France's labor regulations. Macron, the French President, has been trying to get reforms through for a while but has been largely stymied by protests (you've got to hand it to the French, their capacity to protest may exceed even their cooking talent). As a result, Pénicaud has been embarking on a long series of negotiations with unions and businesses. Stay tuned for what the final results may be.

Also--shameless plug warning--if you want to compare France's legal and social welfare protections for dismissed workers, check out this article that I co-authored with Sam Estreicher, Comparative Wrongful Dismissal Law: Reassessing American Exceptionalism, 92 North Carolina Law Review 343 (2014). We compared not only the laws as written, but also how they operate (e.g., average win rates, average/maximum/minimum awards) for twelve countries, including the U.S.

COSELL will be held in South Carolina, Sept. 27-29 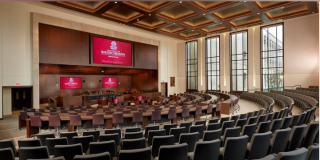 We look forward to seeing everyone in South Carolina in a couple of months, and please let me know if you have any questions about the registration process.

NYC's City Council just passed legislation to stop issuing new ride-hailing licenses for one year. The legislation also requires Uber and similar companies to ensure that drivers earn at least $17.22 per hour (calculated over a week)--like the FLSA tip rule, if drivers don't make that much, the companies must pay the drivers the difference. This can be significant especially in a city like NYC, where almost 85% of drivers make below $17.22/hour and two-thirds of drivers work full-time for ride-hailing companies.

I find the minimum pay provision to be interesting because it puts in motion something I've been thinking about for a while. One of the difficulties in the current "employee"/"not-employee" dichotomy is how much rides on that distinction (pun intended). It's always struck me that this definitional question misses the point. We're stuck with this outmoded definitional hang-up because of current law, but the real question we should be asking is what type of protections do we want for which type of workers. There will always be difficult line drawing, but I think there are areas of agreement. For instance, we've got a long-standing policy of ensuring a minimum pay for the vast majority of "employees." Are there many workers--even those currently classified as independent contractors--who shouldn't also receive at least $7.25/hour? I don't think so. Same for workplace safety and other protections. The devil's in the details, to be sure, but NYC's new legislation represents one step in the direction of ensuring worker rights, rather than just employee rights. And it's a move I'm glad to see.

Finally, a brief plug for a recent article I co-authored with Joe Seiner exploring non-traditional collective action in ride sharing and other modern industries. There's a lot of interesting things going on, but also a lot of legal questions prompted by new activity fitting into old laws.

Proposition A Wins in Missouri, Striking Down Right-To-Work Legislation

The AP has just called the Prop A vote in Missouri, with votes currently in favor 63%-37%. This ballot measure strikes down the legislature's attempt to make Missouri a right-to-work state. Especially so soon after Janus, this is a good night for organized labor. 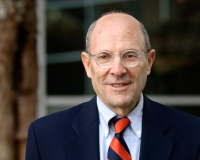 Jon Harkavy (Patterson Harkavy) has just posted on SSRN the 2018 edition of his annual Supreme Court Commentary reviewing all employment and labor decisions of the recent term and summarizing the employment-related cert grants for the upcoming term.

It's appearing that e-mail is becoming yet another issue on which the NLRB's views flip-flop depending on the party in charge of the White House. Today, the Board announced that it was seeking input on whether to reverse Purple Communications, itself a reversal of the earlier Register-Guard, decision. I've written about the issue of employees' use of employer e-mail quite a bit and won't rehash it all here. However, I will note that the Court's recent interest in the First Amendment (see: Janus among other cases) adds an additional spin. As I recently noted, Member Johnson's dissent in Purple Communications made a First Amendment claim; I thought it very weak, but I wouldn't be surprised to see it resurface in a new opinion by the Board. That, and the return of Register-Guard's "I slept through my 1L Property class in law school" treatment of personal property law. Apparently, it's time to update my amicus brief from the Purple Communications litigation.