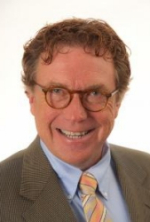 This guest post is courtesy of Jack Harrison (NKU-Chase):

On Thursday, January 25, 2018, the United States Court of Appeals for the First Circuit upheld a 2016 jury verdict of more than $700,000, plus $184,000 in legal fees, in a Title VII case involving Lori Franchina, a lesbian firefighter for the City of Providence, Rhode Island. This case is important because it represents yet another decision by one of the Courts of Appeals calling into question precedents in the circuit holding that sexual orientation discrimination is not prohibited by Title VII’s prohibition of discrimination “because of sex.” While Franchina was decided on a sex-plus theory, rather than a sexual orientation theory, the “plus” in the case was Franchina’s sexual orientation.

The Court of Appeals described the horrendous treatment that Franchina had endured in the workplace as follows:

‘Cunt,’ ‘bitch,’ ‘lesbo’: all are but a smattering of the vile verbal assaults the plaintiff in this gender discrimination case, Lori Franchina, a former lieutenant firefighter, was regularly subjected to by members of the Providence Fire Department (‘the Department’). She was also spit on, shoved, and — in one particularly horrifying incident — had the blood and brain matter of a suicide-attempt victim flung at her by a member of her own team.

The First Circuit flatly rejected the city’s argument “that under a sex-plus theory, plaintiffs are required to identify a corresponding sub-class of the opposite gender and show that the corresponding class was not subject to similar harassment or discrimination.” In rejecting this argument, the First Circuit seemed to embrace the broader comparator analysis adopted by the Seventh Circuit in its decision in Hively, finding that sexual orientation discrimination was, indeed, discrimination “because of sex” prohibited by Title VII. The First Circuit also indicated that nothing in its prior decision addressing sexual orientation discrimination, Higgins v. New Balance Athletic Shoe Inc., “forecloses a plaintiff in our Circuit from bringing sex-plus claims under Title VII where, in addition to the sex-based charge, the ‘plus’ factor is the plaintiff's status as a gay or lesbian individual.” The discussion by the court of this precedent appears to call into question the court’s commitment to the position held in Higgins. Such questioning is certainly consistent with language used by other Courts of Appeals in decisions over the last year, including decisions by the Seventh, Eleventh, and Second Circuits, addressing the reach of Title VII in the sexual orientation discrimination context.

Currently, the en banc United States Court of Appeals for the Second Circuit is considering Zarda v. Altitude Express, a case that, like Hively, squarely asks the question of whether Title VII’s prohibition against discrimination “because of sex” includes discrimination based on sexual orientation. Oral argument was held in Zarda on September 26, 2017. While scheduled for only one hour, the arguments actually lasted for almost two hours. The questions asked and the tone of the oral argument would suggest that the Second Circuit is likely to follow the lead of the Seventh Circuit in Hively, concluding that the prohibition against discrimination “because of sex” found in Title VII includes a prohibition against discrimination based on sexual orientation. The Supreme Court recently rejected a petition for certiorari in a case from the Eleventh Circuit that raised this question, but with a decision in Zarda expected any day, the Supreme Court may ultimately have to address this issue.