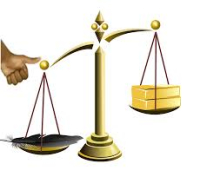 Shu-Yi Oei and Diane Ring (both Boston College) have just posted on Tax Prof Blog The Senate Tax Bill and the Battles Over Worker Classification. Their post is extensive and detailed and well worth a full read. Here's a quick summary; the take-away is in bold at the bottom:

Senate Republicans released their version of tax reform legislation on Thursday, November 9. The legislative language is not available yet, but the Description of the Chairman’s Mark (prepared by the Joint Committee on Taxation) suggests that one of the key provisions in the bill will clarify the treatment of workers as independent contractors by providing a safe harbor that guarantees such treatment. The JCT-prepared description tracks the contents of the so-called “NEW GIG Act” proposed legislations introduced by Congressman Tom Rice (R-S.C.) in the House and Senator John Thune (R-S.D.) in the Senate in October and July 2017, respectively. “NEW GIG” is short for the “New Economy Works to Guarantee Independence and Growth (NEW GIG) Act.” But notably, and as we further discuss below, the legislation is not limited in its application to gig or sharing economy workers.

Assuming the Senate Bill adopts the basic parameters of the NEW GIG proposed legislation — which looks to be the case based on the JCT-prepared description — we have some concerns. In brief, this legislation purports to simply “clarify” the treatment of workers as independent contractors and to make life easier for workers by introducing a new 1099 reporting threshold and a new withholding obligation. But the legislation carries potentially important ramifications for broader fights over worker classification that are raging in the labor and employment law area. Despite possibly alleviating tax-related confusion and reducing the likelihood of under-withholding, we worry that there are quite a few underappreciated non-tax hazards for workers if these provisions go through.

The legislation (assuming the Senate Bill more or less tracks the NEW GIG Act language) purports to achieve such “clarification” of worker classification status by [, among other things, introducing] a safe harbor “which, if satisfied, would ensure that the worker (service provider) would be treated as an independent contractor, not an employee, and the service recipient (customer) would not be treated as the employer.”...

At first blush, this legislation looks like it does good things for workers by clarifying their tax treatment, providing peace of mind, lowering previously unclear information reporting thresholds, and solving some of their estimated tax/mis-withholding issues.... The problem is that it’s not just about tax....

Our specific concern is that “forced clarity” in tax can tilt the direction of the worker classification debate in a way desired by the platform businesses, industry lobbyists and the legislation’s supporters....