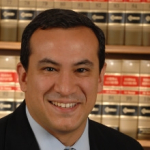 In anticipation of the D.R. Horton cases to be argued next week, I am publishing a report about the use of arbitration clauses for workplace-related disputes. The key finding from my study, which is based solely on publicly-available data, shows that 80 of the Fortune 100 companies, the largest companies in America by revenue, have used arbitration agreements for workplace-related disputes since 2010, and almost half of these 80 have class waivers.

My study is limited in scope; I was just trying to get a better sense of the possible impact of the D.R. Horton cases and capture a snapshot of the use of arbitration clauses in the workplace among the top companies in America.

Here’s an early link to the study, which will go live tomorrow through the Employee Rights Advocacy Institute, of which I serve as a board member:

I hope these limited findings may be of some value and provide some context for the ongoing debates about the use of arbitration. I know I sound like a broken record sometimes, but I firmly believe the Federal Arbitration Act (FAA) was never intended to cover employment disputes. Based on the original purpose, history, and text of the FAA – and if the Supreme Court were writing on a clean slate, there should be no debate that the employees would win the D.R. Horton cases. Unfortunately, the Supreme Court has long abandoned any analysis of the history and text of the FAA. To paraphrase Justice O’Connor, the FAA as interpreted today is now solely a creation of the Supreme Court’s own imagination. I hope I am pleasantly surprised in a few months when the decisions are issued. However, if the Court rules in favor of the employees, it would be the first time in decades that the Supreme Court has significantly cut back on its expansive interpretations of the FAA. My bet is that the employers win, and the Court will unfortunately continue chipping away at our ability to access the judiciary.