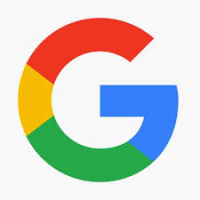 Thomas Jefferson School of Law Prof. Susan Bisom-Rapp, who researches employment discrimination law, said while she disagreed with Mr. Damore’s views, she could envision potential legal arguments he could make to invoke the NLRA.

That Mr. Damore’s letter doesn’t appear to be drafted in concert with other Google employees doesn’t in itself mean the law cannot be invoked. Protections can be triggered by a single employee trying to rally colleagues around a wider workplace issue.

Mr. Damore could try to argue that he’s “protected in expressing himself in an effort to engage in dialogue with co-workers about Google’s diversity efforts,” said Prof. Bisom-Rapp.

However, “an employee gripe or complaint standing alone, without that call to fellow employees to gather together, is not enough,” said Julie Totten, an employment defense lawyer with Orrick, Herrington & Sutcliffe LLP in Sacramento.

“You would have to show what Google is doing is illegal. That would be difficult,” said Prof. Matt Bodie, an employment law scholar at Saint Louis University Law School and a former NLRB field attorney.

The NLRB generally doesn’t impose remedies beyond reinstatement of employment and back pay, Mr. Bodie said.

It's erroneous to assume that Damore would have to show that Google's diversity policies were illegal to sue for retaliation. Courts have ruled time and again that a race or gender-based affirmative-action policy doesn't have to be illegal for an employee to be protected against retaliation for complaining about it. See, e.g., Sisco v. J.S. Alberici Const. Co., 655 F.2d 146 (8th Cir. 1981); Parker v. B & O Railroad Co., 652 F.2d 1012 (D.C. Cir. 1981); Setser v. Novack Investment Co., 638 F.2d 1137 (8th Cir. 1980). As long as a reasonable employee could mistakenly believe that Google's diversity policies were discrimination, the memo could be protected. Damore explicitly complained of discrimination. He wrote that “Google has created several discriminatory practices.” And a few lawyers have suggested its diversity policies might possibly violate Title VII or FEHA.