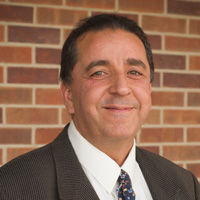 Congratulations to Rafael Gely (Missouri-Columbia),  who just received the David Petersen Award from the National Academy of Arbitrators.  In addition to all his labor/employment work, Rafael directs Missouri-Columbia's Center for the Study of Dispute Resolution.  He also is the founder of Workplace Prof Blog -- he created the blog and then handed it off to me way back when he was at Cincinnati. Here’s the announcement of the award, which is extremely well deserved:

The Academy conferred the Petersen Award because of Professor Gely’s instrumental role in the startup and continual maintenance of arbitrationinfo.com, the neutral website which is a joint venture of the National Academy of Arbitrators and the University of Missouri School of Law.  Through Professor Gely’s work as an editor of the site, he has written content on a regular basis, designed and updated the site, supervised student assistants, and crucially connected with journals both before and after articles are written.  The Academy notes the creation of the website provided a source of information and education regarding arbitration for journalists, professionals, and the public. The Academy believes that the website has immeasurably improved the discourse and understanding of labor and employment arbitration in both United States and Canada.

Well earned indeed Rafael. Many thanks for all you do for the website.