BigLaw Hiring Discrimination Based on Sex and Class

Paul Caron over at TaxProf Blog posts on Lauren Rivera (Northwestern) & András Tilcsik (Toronto), How Subtle Class Cues Can Backfire on Your Resume, Harvard Business Review. The article describes the authors' study of the hiring practices of large U.S. law firms. I've excerpted the take-away from the abstract, but the entire abstract (and article) are well worth reading:

Even though all educational and work-related histories were the same, employers overwhelmingly favored the higher-class man. He had a callback rate more than four times of other applicants and received more invitations to interview than all other applicants in our study combined. But most strikingly, he did significantly better than the higher-class woman, whose resume was identical to his, other than the first name.

But even though higher-class women were seen as just as good “fits” as higher-class men, attorneys declined to interview these women because they believed they were the least committed of any group (including lower-class women) to working a demanding job. Our survey participants, as well as an additional 20 attorneys we interviewed, described higher-class women as “flight risks,” who might desert the firm for less time-intensive areas of legal practice or might even leave paid employment entirely. Attorneys cited “family” as a primary reason these women would leave....

This landmark text is the leading reference on public sector labor and employment law in New York State. Editors William Herbert, Philip Maier, and Richard Zuckerman bring together leading attorneys in the field to contribute their expertise to this two-volume work.

Covering all aspects of this area of law, Lefkowitz on Public Sector Labor and Employment Law includes chapters on the Taylor Law, the representation process, the duty to negotiate, improper practices, strikes, mini-PERBS, arbitration and contract enforcement, and more. Much of the discussion in this two-volume resource has been revised and contains updated case and statutory references throughout. Practitioners new to the field, as well as the non-attorney, will benefit from the book's clear, well-organized coverage of what can be a very complex area of law. All practitioners will benefit from the exhaustive coverage of this book, whether they represent employees, unions or management.

With this edition, this treatise has been renamed to recognize Jerome Lefkowitz, who served as former Public Employment Relations Board chair, as Editor-in-Chief of the first three editions, and who transformed New York's labor landscape by helping to write the Taylor Law.

Minimum Wage to Rise in Many States/Cities

As the New Year approaches there is good news for many workers across the country. Numerous states and cities are set to raise the minimum wage for workers (though the exact date of the increase varies). The amount of the raise depends on the particular jurisdiction, and as we are all well aware, there has been no increase to the minimum wage under federal law. CNN has an interesting article about these wage hikes, including a list of those states and cities raising the rate. 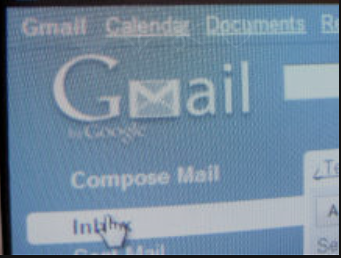 There is an interesting article in the LA Times today which looks at some purported policies at Google that address worker communications.  Recent litigation argues that these alleged company policies prevent employees from engaging in proper whistleblowing activities. From the article:

"The lawsuit alleges that Google has wide-ranging confidentiality agreements and employee communication policies that prevent employees from disclosing violations both internally and externally. According to the lawsuit, Google restricts what employees say, even in internal emails, advising employees not to say 'I think we broke the law' or 'I think we violated this contract.' . . .  The policies, according to the lawsuit, go so far as to prevent employees from discussions with a spouse or friends 'about whether they think their boss could do a better job,' [or] talk of wages . . . without prior approval from Google."

This is an interesting case and set of allegations.   If you are interested in this area of employment law, I recommend taking a look at the article, which also includes a company response to the case.

Algorithmic Hiring: Cause of or Solution to Human Discrimination?

In June, I posted on Pauline Kim's forthcoming article arguing that employer use of algorithms in evaluating applicants and employees could hard-wire discrimination into the evaluation process. For a different take on the issue, I've teamed up with 3L David Savage in an article arguing that if algorithms are carefully used and periodically evaluated, they can avoid causing both disparate treatment and disparate impact discrimination and address the discriminatory concerns created by unconscious bias. The article is David D. Savage &  Richard A. Bales, Video Games in Job Interviews: Using Algorithms to Minimize Discrimination and Unconscious Bias, 32 ABA J. Labor & Employment Law (forthcoming 2017); here's the abstract:

As the number of applicants for many job openings grows into the thousands, employers have searched for methods to efficiently sort through these applications and compile a shorter list of individuals to interview for open positions. One method growing in popularity is using algorithms to analyze statistical information and determine the candidates that will perform the best if hired based on factors such as cognitive ability, management skills, and workplace performance. Predictive analytics involving algorithms are being used by 8% of companies in the United States. Some of these employers have had applicants play video games created by developers that use these algorithms to analyze their performance and select the best candidates for the job. Scholars have argued that the use of algorithms in general and in video games may lead to discrimination in the workplace. Although any type of employment practice can cause discrimination, this article argues that the use of algorithms in video games to evaluate job candidates may be a cost-effective and beneficial business method that can help avoid discrimination. If created and administered carefully, video games using algorithms have the ability to minimize human bias, including unconscious bias, from the initial job hiring process.

Paul Harpur (Queensland) writes to tell us that an Australian disability wage-setting tool has been found discriminatory, and that the Australian government has agreed to pay 9,735 intellectual disabled workers entitlements which may reach $100 million AUD. Here's Paul's analysis:

An Australian government disability wage setting tool used to assess the wages of intellectually disabled workers who were employed in an Australian Disability Enterprise (a form of government subsidized employment) resulted in people with certain disabilities being under paid.

The tool in question, the Business Services Wage Assessment Tool, was used to determine how much each worker should be paid and if they were entitled to wage increases.

It was alleged that the imposition of the condition or requirement that wages be fixed using the tool amounted to indirect disability discrimination within the meaning of s 6 of the Disability Discrimination Act 1992 (Cth).

The Australian government accepted that this tool was discriminatory and has agreed to pay back  wages for thousands of workers.  The government introduced legislation to create a framework to repay wages in the Business Services Wage Assessment Tool Payment Scheme Act 2015 (Cth) (see also the Business Services Wage Assessment Tool Payment Scheme Bill 2014 (Cth) Explanatory Memorandum) and on 16 December 2016 the wage claims and discrimination claims by a class of 9,735 workers was approved by the Federal Court of Australia in Duval-Cowrie v Commonwealth of Australia (2016) FCA 1523.  The length and size of these under payments are substantial and are estimated to cost the Australian government $100 million AUD. 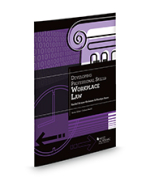 Congratulations to Rachel Arnow-Richman and Nantiya Ruan (both at Denver) on the publication of their new book Developing Professional Skills: Workplace Law (West 2016). Here's the author's description:

Incorporating professional skills and ethics into the traditional workplace law course is a critical but challenging undertaking. This easy-to-use book simplifies the effort, offering eleven discrete exercises designed to help students develop skills in the key areas of drafting, counseling, negotiation and advocacy. Each exercise involves a different substantive area of workplace law, including covenants-not-to compete, wage and hour law, employment discrimination, whistleblower protection and general common law and tort principles. The book is flexible enough to supplement any doctrinal casebook, or can be used to teach a stand-alone skills course.

Marty Katz (Denver) reviewed the book in a blog post at IALS Online. Here's an excerpt from his post:

Fortunately for us in the field of workplace law, Rachel Arnow-Richman and Nantiya Ruan have just eliminated a tremendous amount of that work. Over several iterations, they developed a first-rate experiential course in this field. And they are willing to share their work, so that we do not have to reinvent this well-designed wheel. The result is their forthcoming book (due for release in the next week or so), Developing Professional Skills: Workplace Law.

This narrow volume provides a rich set of workplace law problems that can be used, off the shelf, to teach a problem-based course. There are 11 chapters, each of which contains a detailed but manageable workplace law scenario. And while all of the scenarios are fun and thoughtfully crafted, you might consider using even a subset of them, given the book’s low price point ($25, from what I understand).

This is terrific. Developing the material for teaching skills is by far the hardest and most time-consuming part.This book is a very welcome addition to our pedagogical toolbox. 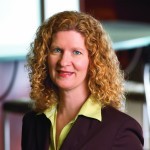 Deborah Brake (Pittsburgh) has just posted on SSRN her article (forthcoming Georgetown L.J.) The Shifting Sands of Employment Discrimination: From Unjustified Impact to Disparate Treatment in Pregnancy and Pay. Here's the abstract:

The suit is brought by former faculty member Patrice Fulcher. Paul Caron has the details over at Tax Prof Blog, via National Jurist (paywalled). The Complaint alleges that Fulcher was steered toward a legal writing position rather than a doctrinal position and paid less than doctrinal colleagues, and that a year after getting tenure she was denied the salary raise that customarily accompanied tenure.

As Caron notes, this is the second time in four years JMLS-Atlanta has been sued for race discrimination. The former suit, by two former faculty members, was settled after the plaintiffs survived a motion dismiss. 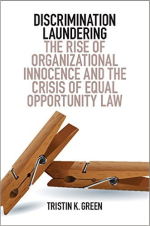 Congratulations to Tristin Green (San Francisco) on the publication of her new book Discrimination Laundering: The Rise of Organizational Innocence and the Crisis of Equal Opportunity Law by Cambridge University Press. Here's the publisher's description:

And here's just one of the many strong endorsements:

Tristin Green brilliantly illuminates the origins and effects of disturbing new trends in employment discrimination law that serve to protect high-level officials and their organizations – while leaving those who experience discrimination and lose opportunities more vulnerable. Green is an excellent guide, combining both a readable writing style with technical expertise.

Conveniently timed for end-of-year gift-giving and library acquisitions, Tristin's book is available from Cambridge in softback for $34.99 and hardback for $151, and from Amazon in both hard copy forms and in kindle form ($21.49).