Opting out of Workers' Comp 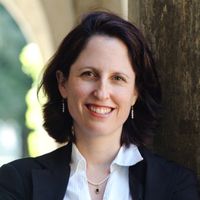 Alison Morantz (Stanford) has just posted on SSRN her article Rejecting the Grand Bargain: What Happens When Large Companies Opt Out of Workers’ Compensation? Here's the abstract:

The “grand bargain” of workers’ compensation, whereby workers relinquished the right to sue their employers in exchange for no-fault occupational injury insurance, was one of the great tort reforms of the Twentieth Century. However, there is one U.S. state that has always permitted employers to decline workers’ compensation coverage, and in which many firms (“nonsubscribers”) have chosen to do so: Texas. This study examines the impact of Texas nonsubscription on fifteen large, multistate nonsubscribers that provided their Texas employees with customized occupational injury insurance benefits (“private plans”) in lieu of workers’ compensation coverage between 1998 and 2010. As economic theory would lead one to expect, nonsubscription generated considerable cost savings. My preferred estimates suggest that costs per worker hour fell by about 44 percent. These savings were driven by a drop in the frequency of more serious claims involving replacement of lost wages, and by a decline in costs per claim. Both medical and wage-replacement costs fell substantially. Although the decline in wage-replacement costs was larger in percentage terms than the drop in medical costs, the latter was equally financially consequential since medical costs comprise a larger share of total costs. The second stage, which compares the effect of nonsubscription across different types of injuries, finds that non-traumatic injury claims were more responsive to nonsubscription than traumatic ones. In part, this disparity reflects the fact that private plans categorically exclude some non-traumatic injuries from the scope of coverage. Yet even those non-traumatic injuries that were not excluded from coverage declined more than traumatic injuries, consistent with aggressive claim screening by employers and/or a decline in over-claiming and over-utilization by employees in the nonsubscription environment. The third stage examines the effect of nonsubscription on severe, traumatic injuries, which are generally the least susceptible to reporting bias and moral hazard. The sizable and significant decline in such injuries is consistent with an improvement in real safety, although it could also be explained by aggressive claim screening. The final stage of the study probes whether four ubiquitous features of private plans – non-coverage of permanent partial disabilities, categorical exclusion of many diseases and some non-traumatic injuries, capped benefits, and lack of chiropractic care – explain the observed trends. Surprisingly, these features account for little of the estimated cost savings. Although many study participants describe limited provider choice and 24-hour reporting windows as major cost drivers, data limitations preclude me from identifying their respective impacts. Overall, my findings suggest an urgent need for policymakers to examine the economic and distributional effects of converting workers’ compensation from a cornerstone of the social welfare state into an optional program that exists alongside privately-provided forms of occupational injury insurance.

It is worth noting that the Oklahoma opt-out system was recently declared unconstitutional at the administrative level on state equal protection grounds. The analysis seemed to be some kind of clunky intermediate level of review that probably would not work elsewhere. However, the disparity of the operation of the two systems has gotten the attention of the plaintiffs' Bar and doubtless plaintiffs will be uncovering many more details on the actual operation of the system. Texas opt -out -- which is actually "opt in" because the default position is non-subscription -- is driven heavily by compulsory arbitration which divests employers of the fear of negligence suits upon which the grand bargain was originally predicated. Interestingly, pre-Gilmer, the Texas non-subscription system was not nearly the cost-saver that it has subsequently become, as I believe Prof. Morantz has shown in some of her prior work.