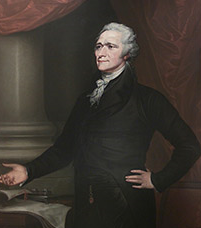 A recent casting call for the off-Broadway production of Hamilton has set off a wave of controversy.   The advertisement for the show's national tour initially specified a call for performers who were "non-white men and women."  The show's producer is quoted in a story over at The USA Today:

"'It is essential to the storytelling of Hamilton that the principal roles — which were written for non-white characters (excepting King George) — be performed by non-white actors,' producer Jeffrey Seller explained in a statement. 'Hamilton depicts the birth of our nation in a singular way,' he stressed, adding, that 'we  will continue to cast the show with the same multicultural diversity that we have employed thus far.'"

For those of us teaching employment discrimination this semester, this story provides a platform to discuss racial discrimination, the BFOQ defense (which of course cannot be used for race or color), and the First Amendment.  It will be interesting to follow these issues in the context of this extremely popular show.