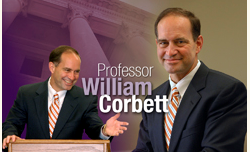 Friend-of-Blog Bill Corbett (LSU, Frank L. Maraist Professor of Law and Wex S. Malone Professor of Law) has just posted his wonderful piece on Young v. UPS, which is available here.  The article, Young v. United Parcel Service, Inc.: McDonnell Douglas to the Rescue?, provides a wonderful first look at the meaning of this recent and controversial decision.  The abstract is excerpted below, and the article was just posted online with The Washington University Law Review Commentaries (and will later be published in the print edition of the law review).  As always, Professor Corbett provides a unique and insightful look at an important Supreme Court decision:

This is a great article and I highly recommend adding it to your summer reading list.