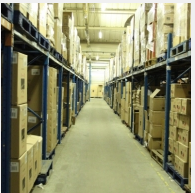 As we all know by now, the Supreme Court issued its decision yesterday in Young v. UPS, which resulted in a 6-3 victory for the plaintiff.  Congratulations to friend-of-blog Sam Bagenstos, who was closely involved in the case and provided some thoughtful comments below.  As Marcia notes in her summary of the case, the Court took a middle-of-the-ground approach here which surprised many of us.  After a quick read of the decision, I am convinced that we will be talking about this case for awhile to come, and I thus wanted to highlight a few quick thoughts and (more importantly) attempt to spark a discussion in the comments section below.

First, the case reminds me tremendously of the Faragher/Ellerth decisions, where the Court again created a new standard in the employment discrimination context (perhaps to secure votes?).  Those cases, though, seemed much more firmly grounded in the common law than the approach here, which the dissent accuses of being magically created.  Second, though it seems like an almost throw-away part of the opinion, I was struck by the fact that the Court appears to definitively describe two ways of establishing intentional discrimination --  through circumstantial and direct evidence.  Much was written following Reeves and Costa questioning the ongoing existence of this distinction, which now appears to be alive and well.  Finally, for those of you that have not read Scalia's dissent yet -- it is a must read (for example, he accuses the majority of waving its "Supreme Wand" to "Poof!" achieve its "desired result" in this case).  Scalia raises a number of fair concerns -- in particular, will the analysis of the case truly be limited to the PDA and has the Court conflated disparate impact and disparate treatment in reaching its result.  This decision, combined with Ricci, truly does raise some questions about the future of disparate impact doctrine.

There is certainly enough in this case to fill a few symposium issues, and I am primarily interested in starting a discussion of this case here while it is still fresh in our minds.  I am thus starting a thread below, and encourage a dialogue about the decision in the comments section.  Feel free to share any thoughts, questions, disagreements, etc. in the forum below.

Listed below are links to weblogs that reference Young v. UPS Musings and an Open Thread:

I agree with Joe that the decision is remarkable. The majority essentially merges (or almost merges) disparate treatment and disparate impact. The key sentence is this:

We believe that the plaintiff may reach a jury on this issue by providing sufficient evidence that the employer’s policies impose a significant burden on pregnant workers, and that the employer’s “legitimate, nondiscriminatory” reasons are not sufficiently strong to justify the burden, but rather—when considered along with the burden imposed—give rise to an inference of intentional discrimination.

We've seen lower court cases in which a court uses disparate impact to infer intent to discriminate, but this is the strongest the Court has been on the topic, and it's reinforced by the notion that the lack of strength of the employer's reasons cuts in favor of liability. It's true the reference to reasons not being sufficiently strong to justify the burden is qualified by the traditional requirement of inferring intentional discrimination, but this is a radical shift in approach to what it means to "intend" to discriminate.

That said, the Court textually cabins the new analysis by linking it to the interpretation conundrum posed by the PDA's second clause, so there's no an easy application outside that context. Still, as a plaintiff's attorney, I'd be quoting that language every time an employer argued that its supposed reason, however silly, was nevertheless nondiscriminatory.

And, while I have the soapbox, my (perhaps overly optimistic) take from the 30,000 foot level is that accommodation is now required. Large employers, if they haven't already, will see the advantages of avoiding expensive disputes and, while the Court didn't endorse the view that pregnancy may be a temporary disability, it certainly sent a message that that's a possibility. Not to mention state laws mandating accommodations.

If I'm right, this is a sea change with most of the litigation coming as less well-lawyered employers continue to operate business as usual until the reality slowly sinks in.

If the only way to prove intent was McDonnell Douglas' final stage of proving pretext, this is a sea change. While it is true, the Court talks about McDonnell Douglas, maybe this is just a recognition that the question of intent to discriminate is a factual question subject to proof, no matter how, that, more likely than not, the employer intended to discriminate. I, of course, think this has been the base issue all along and the Court's recognition of it is great for disparate treatment law. But I don't think this merges disparate impact with treatment since the actual question of impact can be reached much before the question of intent is established.

I actually did not know about this! Very interesting case, though. The comments are interesting, too. I’m still not sure how to feel about this case yet, but ultimately I agree with you.