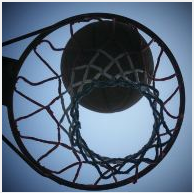 As we all put the finishing touches on our bracket picks for the NCAA tournament, there are a few labor and employment law issues that are continuing to make some noise and are worth highlighting here. In particular, the U.S. Court of Appeals for the Ninth Circuit is hearing arguments today in O'Bannon v. NCAA on whether a federal judge's determination that the use of players' names, images and likenesses without compensation improperly restrain trade.  There are interesting articles on the case at both NPR and CBS.  From the NPR piece:

"Duke coach Mike Krzyzewski made $9.7 million last year, according to USA Today. The people running around in the middle of the court - the players - are, of course, not getting paid. That's because a long time ago, a bunch of colleges got together and said scholarships are fine, but paying athletes is against the rules. [The O'Bannon case] will turn on a simple question - are those rules a violation of federal law?"

We are all also awaiting the decision in the Northwestern case which is currently before the NLRB and looks at the ability of college players to unionize.  The outcome of that case will have far reaching effects on college athletics as well.  These two cases just scratch the surface of the existing controversy over the treatment of players in college sports.

Listed below are links to weblogs that reference March Madness and Employment Law: