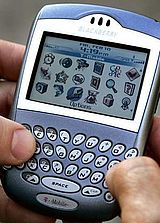 The Supreme Court has just granted cert. in Quon v. Arch Wireless the Ninth Circuit case in which the court held that employees have a reasonable expectation of privacy in the body of their text messages (see here and here for our past posts on the case).  The cert. petitions (there were cross-petitions) raised the following questions:

1. Whether a SWAT team member has a reasonable expectation of privacy in text messages transmitted on his SWAT pager, where the police department has an official no-privacy policy but a non-policymaking lieutenant announced an informal policy of allowing some personal use of the pagers.

2. Whether the Ninth Circuit contravened this Court’s Fourth Amendment precedents and created a circuit conflict by analyzing whether the police department could have used “less intrusive methods” of reviewing text messages transmitted by a SWAT team member on his SWAT pager.

3. Whether individuals who send text messages to a SWAT team member’s SWAT pager have a reasonable expectation that their messages will be free from review by the recipient’s government employer.

There was a cross-petition seeking review of the Ninth Circuit's Stored Communications Act holding, but it doesn't appear that the Supreme Court granted cert. on that.  Also, it's worth checking out Bill Herbert's article, "The Electronic Workplace:  To Live Outside the Law You Must Be Honest," which discusses Fourth Amendment issues with electronic workplace communications among other issues.

Listed below are links to weblogs that reference Supreme Court Grants Cert in Quon Privacy Case: