Feldblum To Be Nominated As EEOC Commissioner 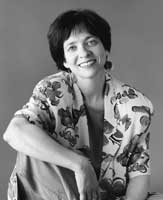 The White House just announced its intent to nominate Chai Feldblum (Georgetown) as an EEOC Commissioner.  Most readers of this blog are well aware of Chai's contributions to employment discrimination law (particularly the ADA, the ADA Amendments, and ENDA), but here's the White House announcement as a reminder:

Chai Feldblum is a Professor of Law at the Georgetown University Law Center where she has taught since 1991. She also founded the Law Center’s Federal Legislation and Administrative Clinic, a program designed to train students to become legislative lawyers. Feldblum previously served as Legislative Counsel to the AIDS Project of the American Civil Liberties Union. In this role, she developed legislation, analyzed policy on various AIDS-related issues, and played a leading role in the drafting of the Americans with Disabilities Act of 1990 and, later as a law professor, in the passage of the ADA Amendments Act of 2008. She has also worked on advancing lesbian, gay, bisexual and transgender rights and has been a leading expert on the Employment Nondiscrimination Act. As Co-Director of Workplace Flexibility 2010, Feldblum has worked to advance flexible workplaces in a manner that works for employees and employers. Feldblum clerked for Judge Frank Coffin and for Supreme Court Justice Harry A. Blackmun. She received her J.D. from Harvard Law School and B.A. from Barnard College.

Congratulations to Chai, and hopefully she'll soon be able to help interpret some of the acts that she helped to write.

Listed below are links to weblogs that reference Feldblum To Be Nominated As EEOC Commissioner: