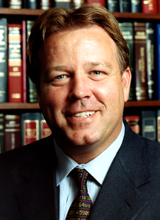 In today's New York Times, Lawrence Cunningham (GW) has an op-ed on the recent furor over A.I.G. bonuses.  In his piece, Cunningham discusses the extent to which A.I.G. is legally bound (or not) to pay bonuses to its executives.  His thoughts include:

Subpoenas issued by Andrew Cuomo, the New York attorney general, have put much of this vital information into the hands of government officials. Those officials would do well to compare the provisions in these contracts to the job performance of the employees who received bonuses. If employees did not meet stated performance goals, they would be in breach of contract and A.I.G. would not have to pay.

Apart from specific contractual terms, there are other reasons A.I.G. might rescind these bonuses. They include the nondisclosure of important material information — for instance, if an employee failed to be absolutely candid about the size and risk of trading positions taken on the company’s behalf.

Findings of fraud on the part of an employee would certainly also excuse A.I.G.’s duty to pay. This isn’t to say that any A.I.G. employee engaged in such activity. But given the scale of problems that A.I.G. has confronted, and credible allegations of serious misconduct within the organization, it’s worth investigating.

There is also at least some chance, given A.I.G.’s functional insolvency and the government takeover, that these agreements may be rescinded either on the basis of impracticability or by virtue of unforeseeable and uncontrollable circumstances. A credible fact supporting both excuses is precisely the company’s huge loss last quarter. Courts excuse contract duties when governmental action essentially destroys the original purpose of a contract — and the taxpayers’ 80 percent stake in A.I.G. is a more extreme sort of governmental action than usually appears in such cases.

A final potential legal basis for rescinding these payments is fraudulent conveyance law. This generally limits the right of a financially troubled company to transfer property to favored claimants on sweetheart terms when doing so would hurt the interests of other claimants, like lenders and shareholders — in this case, perhaps even taxpayers. Again, this is not to say that these payments violate this doctrine, but it is a relevant question for the government to probe.

As Cunningham notes, it's unclear at this point whether any of these options is available, but they are certainly worth exploring.  Based on my limited knowledge of A.I.G. it seems that executives in the hedge fund division that threatened what appeared to be an otherwise solid company (and the people who put the entire company at risk based on this single division's performance) are those who are most vulnerable to these strategies.  Just hours ago, A.I.G.'s CEO asked executives to give back half of their bonuses, but I doubt that will do anything to reverse the uproar.

Listed below are links to weblogs that reference Cunningham on A.I.G. Bonuses:

These are all contract theories and very unlikely to succeed. To the extent that these bonus were payment for compensation, they may be protected under New York Labor Law from being revoked. The real fault lies with Congress who did not impose any restrictions on the use of the money. Such restrictions may have preempted state law. I describe this a bit more on my blog posting which is cited below.

The AIG bonuses are really distasteful, but totally legal. The real problem is how Congress' reaction to it will effect other politically targeted groups like real estate investors.