The Moral Acceptability of Beanball in Trade Relations

As I’ve previously written on this blog, the Trump Administration has been “pitching inside” to China, Mexico, and others it considers culprits in trade dealing. These trade tactics resemble another American tradition, beanball, in which a baseball player or team gets mad at another team or player, hits a member of that team with a fastball, often followed by retaliation by the targeted team. 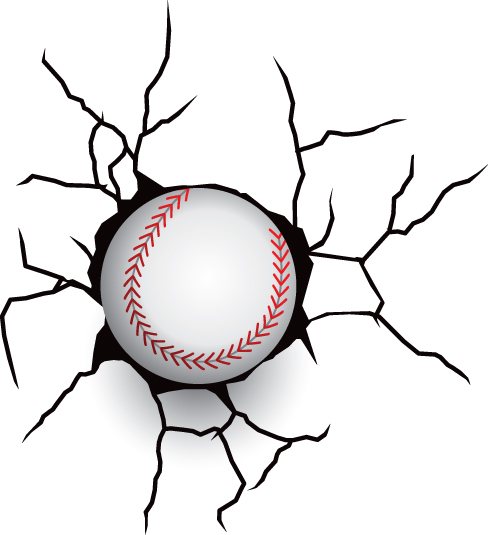 As the headlines have been screaming for a while now, the Trump Administration’s actions may violate trade obligations of the United States under international agreements like the WTO and possibly also domestic statutes governing trade.

This raises a preliminary question:

The Moral Acceptability of Beanball

In a 2012 study, a group of psychologists (Fiery Cushman, A.J. Durwin and Chaz Lively) wanted to know if beanball was morally acceptable to Western baseball fans, and if so, why.

The first question the researchers had to answer was whether baseball fans thought retaliation via fastball was ever appropriate. After all, serious consequences – to games, careers, even lives – can result.

The researchers began by surveying 145 people outside Fenway Park in Boston and Yankee Stadium in New York in 2011. Each person read a short passage describing a plunking of (then) Cardinals hitter Albert Pujols by Cubs pitcher Ryan Dempster, followed by a retaliatory plunking of Cubs hitter Carlos Peña by Cardinals pitcher Jaime Garcia.

This was a typical case of beanball: The weapon is the fastball; the pitcher is the assassin; the retaliation is by a pitcher and against a hitter who were not involved in the original altercation.

In the survey, 44 percent of respondents rated Jaime Garcia’s action morally acceptable. A larger number – 51 percent – rated it morally unacceptable. The rest were unsure or ambivalent.

Another Case Against the DH Rule …

Similar to the first survey, only 39 percent of those who read about the American League game, where the target was uninvolved in the original altercation, rated it morally acceptable. In contrast, 70 percent of respondents who read about the National League game said it was morally acceptable to plunk the pitcher who started the plunking himself.

But What If It’s Your Guy?

It seems that a majority of people don’t countenance true “collective punishment” – visiting consequences on an individual based solely on his group membership, not his responsibility for the original altercation.

In other words, American baseball fans don’t believe in hitting the other team’s star player just because your star player got hit, if their star player had nothing to do with it. But if you’re talking about plunking the pitcher that fired the first missile, most people can get on board with that.

But what if it’s your guy?

Before October, most Red Sox and Yankees fans don’t really care that much about the Cardinals or the Cubs, and vice versa (not very scientific but trust me on this one). So maybe that explains why Yankees and Red Sox fans weren’t all that bent out of shape by the Cubs pitcher hitting Pujols. But would they feel differently if it were their player who was hit?

Apparently, yes. The psychologists set up a third survey: They asked fans outside Fenway Park how they felt about retaliation by the Red Sox if a Red Sox player had been hit. This time, approval shot way up: 67 percent of fans said it was morally acceptable for the Red Sox to retaliate.

Did fans agree with retaliation because they found the player being hit in retaliation (like Peña) to be morally responsible for the infraction? Most baseball fans (78 percent) said that he was not. But the majority approved of hitting him anyway.

The Tail Wagging the Dog in Beanball

Perhaps most interesting in this part of the study is that, fans were more likely to say that the targeted player was morally responsible if they had already endorsed retaliation as a general matter.

This aspect of baseball fans’ attitudes about collective punishment (beanball) struck the study authors as potentially consistent with a larger theory advancedby psychologist Jonathan Haidt and others.

In other words, this is an example of the rational tail wagging the emotional dog, in Haidt’s terminology. Although people are capable of reasoning about morality, most make their moral judgments emotionally, prior to rational thought, and use reasoning after the fact to justify their first instincts.

Trade isn’t baseball. But this study of American attitudes toward beanball tells us a little bit about Americans’ moral judgments of two things that we find in both baseball and in trade: vigilante justice and collective punishment.

The Codes, Both Written and Unwritten

Like baseball, trade relations are played by a set of written rules, agreed upon in advance. Players (trading entities) play for teams (nations) that agree to abide by those rules.

But in trade as in baseball, the rules are not the end of the story. In addition to the written rules, there is a set of norms – a vague but time-honored notion of “fair trade” – that underlies the modern multilateral trading system.

In trade, this tradition is so well-established that the written rules even acknowledge and tolerate a certain amount of unilateral retaliation for “unfair” trade. To effect this, specific WTO Agreements allow but discipline unilateral remedies like antidumping duties and measures to counter subsidies.

And in trade, as in baseball, transgressions of the unwritten code will often be punished. When and how that punishment may go too far is as difficult to define as the original transgression.

Hitting Where It Hurts

There are also parallels between baseball and trade with regard to collective punishment. Under the WTO rules, retaliatory measures may be authorized against industries of an offending member state that had nothing to do with the original offending measure.

For example, nobody alleges that the American wine industry has anything to do with the fight between the U.S. and China over intellectual property protections, but that industry – popular with Chinese consumers – became one of several pawnsin the recent threats of retaliatory tariffs flying back and forth between China and the U.S.

Indeed, that’s the whole point: When a member state fails to bring a measure into compliance with WTO rules, it may be difficult for another member state to get its attention. But when other members of the Chamber of Commerce suddenly find that their markets have dried up because of a trade war they had nothing to do with, their lobbyists often find ways to pressure their government into reforming the offending measure or offering some kind of compensation.

The Tail and the Dog in Trade Relations

But although a certain type of retaliatory collective punishment is actually written into the trade rules, it can still be taken too far. The Trump Administration is pushing those boundaries daily – by imposing steel and aluminum tariffs based on vague “national security” interests; by announcing tariffs for Chinese IP violations before initiating a WTO challenge to those measures; by threatening to withdraw from NAFTA.

Maybe … but maybe it depends on what question you ask them first. A March 2018 Harvard CAPS/Harris Pollsuggested somewhat different attitudes about China and trade depending upon the order of questions asked.

When asked a series of questions about trade, a large majority – 67 percent –said they feared that other countries would retaliate against the Trump Administration’s planned tariffs and trigger a trade war. And a slight majority (52 percent) opposed the imposition of steel and aluminum tariffs.

When subsequently asked a series of questions about China, however, the picture seemed to shift. A great majority – 71 percent – said the U.S. should take steps to correct the trade deficit with China; only 29 percent said the risk of trade war wasn’t worth it. And 58 percent said they supported the Trump Administration’s plan to impose $30 billion in tariffs on Chinese goods.

Maybe there’s principle behind these differences – the more targeted nature of the tariffs on China versus the global steel and aluminum tariffs; or perhaps even a greater sympathy for Section 301 remedies than for a vague “national security” exception (because of course the average American is poring over such concepts on this blog and elsewhere).

Or maybe these survey results are hinting that, in trade as in baseball, the tail may wag the dog. Americans may generally believe in complying with trade agreements – but not if firstasked what they think about Chinese IP protection.

And what if only holders of intellectual property rights were surveyed – arguably the “home team” in the trade fight with China? Perhaps we’d find the same homerism in trade relations that we do in baseball: Americans may be in favor of following the law unless it’s theirguy that got hit; then all bets are off.

These are questions worth exploring. The answers may give us some idea about the strength and viability of the multilateral trading system –a contract between member states only as strong as the commitment of citizens to the terms of the deal.

The WTO was set by the U.S. and other countries to administer trade affairs on a rule-based system. Despite all the imperfections, the WTO dispute settlement mechanism proved to be successful throughout the years and dealt with many complex cases. Countries should use the WTO dispute settlement to bring their claims and not use unilateral measures especially if the latter run counter to WTO rules.
Bashar H. Malkawi


This blog is an Amazon affiliate. Help support International Trade Law Prof Blog by making purchases through Amazon links on this site at no cost to you.