New Foreign Direct Investment in the United States, 2014 and 2015

Expenditures by industry, country, and state

By country of ultimate beneficial owner (UBO), the largest source country was Ireland, at $176.5 billion. There were also substantial expenditures from Canada and Germany. Of the eight largest countries in terms of foreign direct investment position in the United States—United Kingdom, Japan, Luxembourg, Netherlands, Canada, Switzerland, Germany, and France—six are also among the top eight countries for new foreign direct investment.

By U.S. state, the largest expenditures, $119.0 billion, or 28 percent of the total, were for investments in California.

Bureau of Economic Analysis (BEA). The survey covers U.S. business enterprises that were acquired, established, or expanded by foreign direct investors. Information on the filing requirements for the survey may be found at http://www.bea.gov/surveys/respondent_be13.htm.

BEA reinstated the Survey of New Foreign Direct Investment in the United States in 2014 after ending the series after survey year 2008 due to budget cuts. The reinstated survey now includes expansions in an effort to better capture greenfield investments. Greenfield investment includes establishments of new companies by foreign investors and expansions of already existing companies. Because expansions were not included in the series that ended in 2008, the current series starting with 2014 is not directly comparable to the previous series ending in 2008.

Holding companies established by foreign direct investors solely for the purpose of acquiring or establishing at least one other U.S. business enterprise are excluded from the statistics on new foreign direct investment. A holding company is a company whose primary activity is holding the securities or financial assets of other companies. However, acquisitions or establishments that are undertaken by a foreign-owned U.S. holding company are included in the statistics. In addition, the statistics on new investments do not cover the acquisition of additional equity by a foreign parent in an existing U.S. affiliate, the acquisition of an existing U.S. affiliate by one foreign investor from another or the expansion of an existing U.S. affiliate when no new operation or facilities are established. Sales of parts or all of the U.S. affiliate or other disinvestments are not subtracted from new investments.

“FDI continues to be a key economic driver for the United States. This report reinforces the significance of FDI in the U.S. economy and highlights that for every direct job attributable to FDI an additional job is indirectly attributable.” - U.S. Under Secretary of Commerce for International Trade Stefan M. Selig

Check out our blog post to learn more about the numbers, read about some examples, and download the full report. 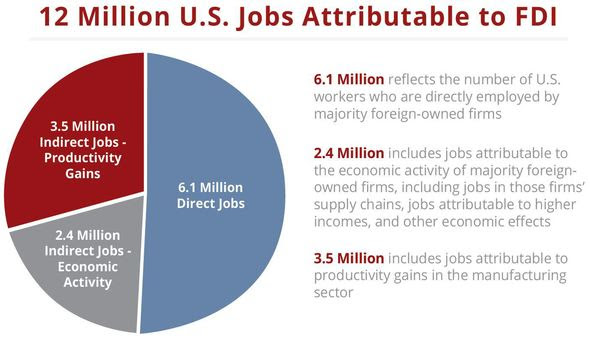 The Tax Boondoggle Donald Trump Should Attack, But Didn't

My new article in Forbes on Donald Trump, carried interest and 1031 exchanges. 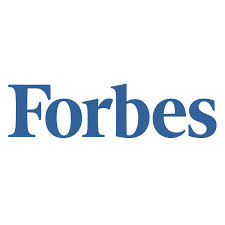 I speak to his contrary positions on carried interest and 1031s.  "One intriguing aspect to all this is that thanks to Trump, talk of repealing the carried interest loophole has overshadowed Washington discussion of eliminating another questionable tax giveaway: section 1031. Section 1031 has long been an unsupervised real estate tax boondoggle, one from which Trump has most likely benefited."

I conclude by saying "Back to Trump’s attack on carried interest for hedge fund managers: he says that they didn’t “build” anything. But 1031 isn’t a tax break for construction—it’s a benefit when you are trading one investment property for another, just as hedge fund managers trade assets.