reported on the faculty lounge

Tax Analysts is seeking papers for its annual student writing competition for 2016. This global competition enables students who win to publish a paper in Tax Notes, State Tax Notes, or Tax Notes International and receive a 12-month online subscription to all these weekly magazines after graduation.

Visit here for more information or to submit a paper.

“Blockchain” is the word on the street these days, with every significant financial institution, from Goldman Sachs to Nasdaq, experimenting with this new technology.  Many say that 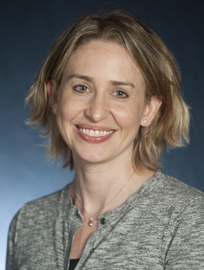 this remarkable innovation could radically transform our financial system, eliminating the costs and inefficiencies that plague our existing financial infrastructures, such as payment, settlement, and clearing systems.  Venture capital investments are pouring into blockchain startups, which are scrambling to disrupt the “quadrillion” dollar markets represented by existing financial market infrastructures.  A debate rages over whether public, “permissionless” blockchains (like Bitcoin’s) or private, “permissioned” blockchains (like those being designed at many large banks) are more desirable.

Amidst this flurry of innovation and investment, this paper inquires into the suitability of the Bitcoin blockchain to serve as the backbone of financial market infrastructure, and evaluates whether it is robust enough to serve as the foundation of major payment, settlement, clearing, or trading systems.

Positing a scenario in which the Bitcoin blockchain does serve as the technology enabling significant financial market infrastructures, this paper highlights the vital importance of functioning financial market infrastructure to global financial stability, and describes relevant principles that global financial regulators have adopted to help maintain this stability, focusing particularly on governance, risk management, and operational risk.

The paper then moves to explicate the operational risks generated by the most fundamental features of Bitcoin: its status as decentralized, open-source software.  Illuminating the inevitable operational risks of software, such as its vulnerability to bugs and hacking (as well as Bitcoin’s unique 51% Attack vulnerability), uneven adoption of new releases, and its opaque nature to all except coders, the paper argues that these technology risks are exacerbated by the governance risks generated by Bitcoin’s ambiguous governance structure.  The paper then teases out the operational risks spawned by decentralized, open-source governance, including that no one is responsible for resolving a crisis with the software; no one can legitimately serve as “the voice” of the software; code maintenance and repair may be delayed or imperfect because not enough time is devoted to the code by volunteer software developers (or, if the coders are paid by private companies, the code development may be influenced by conflicts of interest); consensus on important changes to the code may be difficult or impossible to achieve, leading to splits in the blockchain; and the software developers who “run” the Bitcoin blockchain seem to have backgrounds in software coding rather than in policy-making or risk-management for financial market infrastructure.

From Russia with Love

The conference featured many Russian government and industry leaders including by example,

Finance; Anton Siluanov, Minister of Finance; Denis Manturov, Minister of Industry & Trade; Sergei Glazyev, Aide to the President; Andrei Makarov, Chair, State Duma, Committee for Budget & Taxes, among numerous others.  Speakers presented upon, and debated amongst themselves, macro approaches and their effects upon economic development and upon social contribution.

Renowned economists, practitioners and representatives of governmental bodies delivered presentations and papers including Dr. Alvin Elliot Roth, winner of the 2012 Nobel Prize in Economics, who opened with a presentation on the design of market places.  His presentation led to over an hour of audience questions.

Speaker networking included meals together and a guided tour of Moscow's highlights by the financial university students.

"In the U.S., 'global' discussion is often driven from only a myopic, U.S. centric perspective." William Byrnes stated. "It's refreshing to engage in policy discussions from a myriad of political economic positions.  The Financial University's conference  offers meaningful engagement with many policy makers and academics from many non Western European economies such as Russia, China, and Vietnam to name a few.

He added "I look forward to engaging with my Russian colleagues at Financial University's June (summer) 2016 global conference.

examining equity issues relating to the distribution of wealth and income, and the impact of the tax system thereupon.

In his working draft for the presentation, Prof. Puckett described a variety of approaches, some familiar and some novel, and some more administratively challenging than others.

The Kim Davis Debacle & the Limits of Religious Liberty

Prof. David Herzig (VALPO Law) in Huffington Post addresses the issue of "Can an individual refuse to obey a law if it conflicts with their personal interpretation of a religion?"

Recently, a county clerk in Kentucky, Kim Davis, claimed that her "conscience will not allow" her to issue marriage licenses to same-sex couples because "God's moral law convicts me and conflicts with my duties." In late August, a Calgary a bus driver named Jesse Rau refused to drive the Calgary Transit's rainbow bus. Both individuals raised religious objections.

These are interesting normative positions. Can an individual refuse to obey a law if it conflicts with their personal interpretation of a religion? Does it matter if the individual is an elected official or a private citizen?

The Loss of Prof Dennis Green

Caron, legal academia has lost one of its very engaged law professors with the process of innovation of legal education, Dennis Greene of Dayton University Law.

And I've lost a friend and academy confidant.

By example of his academic innovation, Dennis Greene was instrumental in the founding of the Work Group of Distance Learning for Legal Education and in the discussions with Prof. Michele Pistone for her LegalEdWeb.

He lived a full, interesting and good life, from co-founding a popular 60s music group Sha Na Na, performing at Woodstock, a career in the entertainment business and law, and finally that of a law professor.  But it was the late night banter about Catholic doctrine, 1960's music, and life, and his tremendous humor and good cheer that I will remember Dennis by.

Today's primary comparative tax study of 80+ countries is Subject I: TAX INCENTIVES ON RESEARCH AND DEVELOPMENT (R&D), followed by the Academic Luncheon

of economic growth. Many countries have adopted policies to encourage research and innovation, and as a companion seminar, the “Patent Boxes” discussion will investigate how countries have sought to institutionalize an R&D focus in different ways.

The discussion panel will first explore the policy objectives underlying tax incentives for R&D, with a focus on how R&D is defined for this purpose and the challenges of targeting any such exclusively at R&D which requires an incentive.

The panel will compare and contrast the different approaches used by countries to provide incentives, including input and output incentives, their effectiveness in serving the policy objectives and their compatibility with obligations under treaties, other international agreements and emerging standards of harmful or inappropriate tax competition.

Attention will also be directed towards constraints under EU law. The panel will use examples from countries’ experiences to determine whether experience to date can offer guidance as to when incentives are successful or unsuccessful in relation to policy objectives and to evaluate which incentives may give rise to action or counter-measures under emerging international standards for harmful tax practices.

The University of Iowa College of Law Hiring Faculty Positions

THE UNIVERSITY OF IOWA COLLEGE OF LAW anticipates hiring several tenured/tenure track faculty members and clinical faculty members (including a director for field placement program) over the coming year. Our goal is to find outstanding scholars and teachers who can extend the law school’s traditional strengths and intellectual breadth. We are interested in all persons of high academic achievement and promise with outstanding credentials. Appointment and rank will be commensurate with qualifications and experience. Candidates should send resumes, references, and descriptions of areas of interest to:  Faculty Appointments Committee, College of Law, The University of Iowa, Iowa City, Iowa  52242-1113.

THE UNIVERSITY OF IOWA is an equal opportunity/affirmative action employer. All qualified applicants are encouraged to apply and will receive consideration for employment free from discrimination on the basis of race, creed, color, national origin, age, sex, pregnancy, sexual orientation, gender identity, genetic information, religion, associational preference, status as a qualified individual with a disability, or status as a protected veteran.

"He is the publisher and editor of Tax Prof Blog, the most popular tax blog on the Internet; and the owner and publisher of the Law Professor Blogs Network of more than 50 blogs in other areas of law edited by law professors around the country."

Lessons from the Efforts to Manage the Shift Away from Defined Benefit Plans to Defined Contribution Plans in Australia, the United Kingdom, and the United States

"Lessons from the Efforts to Manage the Shift Away from Defined Benefit Plans to Defined Contribution Plans in Australia, the United Kingdom, and the United States"

This Article examines what lessons may be learned from examining how Australia, the United Kingdom, and the United States have tried to manage the shift away from defined benefit plans towards defined contribution plans. This shift has fundamentally changed the relationship between workers and the financial industry. While defined contribution plans provide employees with some advantages over defined benefit plans (e.g., portability, early vesting, greater autonomy), they also force employees to manage certain risks (longevity risk, investment risk) that they are ill prepared to manage. In addition, the differences in the way funds in defined contribution plans and defined benefit plans are managed affects the distribution of funds within financial markets that is potentially damaging to the economy. For example, these differences can lead to decreases in efficient allocation of investments and the creation of asset bubbles. These factors played a role in the recent financial crisis and, if left unaddressed, may contribute to future financial crises.