Each year, the FTC takes a hard look at the number of reports people make to our Consumer Sentinel Network. In fact, during 2019, we got more than 3.2 million reports to the FTC from you. We’ve read what you’ve said, and crunched the numbers. Here’s what you told us in 2019.

You might wonder what, besides these numbers, comes out of reporting scams and other consumer issues to the FTC. Well, because of your reports, the FTC and its law enforcement partners are able to investigate the people and companies that trick people into paying money. Your reports help build and bring those cases, which also helps us enforce laws that stop scams and other dishonest business practices that take people’s money.

In fact, during 2019, FTC law enforcement actions led to more than $232 million in refunds to people who lost money. More than 1.9 million people cashed checks mailed by the FTC. And, in the last four years, people have cashed more than one billion dollars in FTC refund checks. That’s real money back into people’s pockets.

So if you’ve spotted a scam, keep telling us about it at ftc.gov/complaint. If you need more information about these top frauds, visit ftc.gov/imposters, and ftc.gov/giftcards.

Curious about exploring Consumer Sentinel data, or just want to see what’s happening in your state? Check out this new video to learn how. 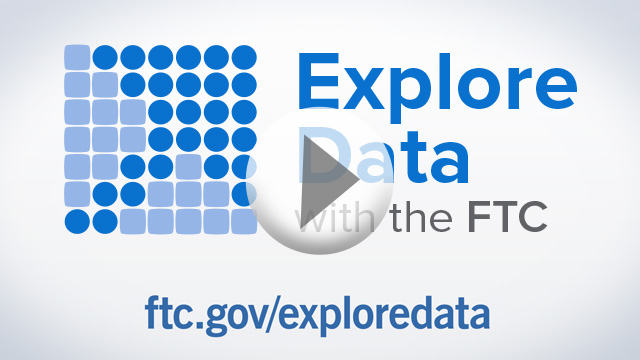