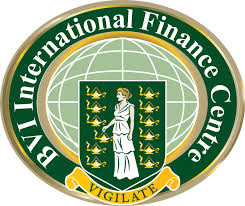 British Virgin Islands to the global economy.
This report combines new analysis of existing information, statistics and research with the results from a major quantitative and qualitative research exercise among a large and representative sample of financial and professional services firms operating in the territory.
There are five key findings.

 The BVI’s international business and finance centre mediates over US$1.5 trillion of investment globally – UK (US$169bn)
 BVI-mediated investment contributes over US$15 billion in tax annually to governments around the world (London) The British Virgin Islands (BVI) enables global investment and trade which supports more than two million jobs worldwide – 150,000 of which are in the UK – according to a detailed report published today.

The report, Creating Value: BVI’s Global Contribution, undertaken by Capital Economics, an independent economics consultancy, analyzed the significant global economic contribution of the BVI. It finds that the BVI mediates over US$1.5trn of cross-border investment flows, the
equivalent to 2% of global GDP.

The report – the first of its kind – also finds that over US$15bn of tax revenues are generated annually for governments around the world, via investment mediated by the BVI and the resulting economic activity. The UK (US$3.9bn), the EU excluding UK (US$4.2bn) and China
and Hong Kong (US$2.1bn) are the largest beneficiaries of this tax generation.

Coupled with the jobs it supports, the tax generation marks the BVI as a substantial net benefit to governments worldwide.

“The results of this study clearly demonstrate the significant contribution the BVI makes to the global economy. “Not only does the BVI enable cross-border trade and investment, it both supports millions of jobs globally and generates substantial tax receipts for governments worldwide. This brings
tangible benefits to the lives of employees, voters, families, and businesspeople around the world.

“The report is unequivocal: contrary to some accusations, the BVI is a sound and reliable centre which has worked harder than many bigger nations to meet international standards, and it is not a tax haven. “This independent and authoritative report is equally clear in stating that the BVI is not a centre for corporate profit shifting. This helps clarify once and for all some of the inaccuracies and misunderstanding about what the BVI is and the valuable role it plays in the global economy.”

“The BVI provides the legal structures that allow companies, institutions, and individuals to safely and efficiently carry out their business and make investments across international orders. “The ‘BVI Business Company’ is a widely used and dependable vehicle to facilitate cross-border
trade, investment, and business. Over 140 major businesses listed on the London, New York or Hong Kong main stock exchanges use BVI vehicles to support their international investment activities. Similarly, major international development banks, such as the World Bank’s International Finance Corporation, use BVI Business Companies to help fund vital projects.

“Our report shows that the BVI is a global powerhouse for cross-border investment equating to a conservatively estimated $1.5 trillion across its 417,000 active BVI Business Companies.”

The full report can be downloaded here