Las Vegas Sands Corp. (Sands), a Nevada-based gaming and resort company, agreed to pay a $6.96 million criminal penalty to resolve the government’s investigation into violations of 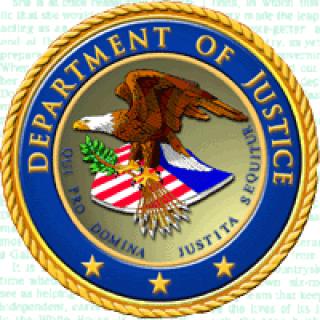 the Foreign Corrupt Practices Act (FCPA) in connection with business transactions in the People’s Republic of China (PRC) and Macao.

According to admissions by Sands made in connection with the resolution, certain Sands executives knowingly and willfully failed to implement a system of internal accounting controls to adequately ensure the legitimacy of payments to a business consultant who assisted Sands in promoting its brand in Macao and the PRC, and to prevent the false recording of those payments in its books and records.  Sands continued to make payments to the consultant despite warnings from its finance staff and an outside auditor that the business consultant had failed to account for portions of these funds.  In addition, Sands terminated the finance department employee who raised concerns about the payments.

In total, from 2006 through 2009, Sands paid approximately $5.8 million to the business consultant without any discernable legitimate business purpose, it admitted.

Pursuant to the non-prosecution agreement, Sands will pay a $6.96 million criminal penalty, which reflects a 25-percent reduction off the bottom of the applicable U.S. Sentencing Guidelines fine range.  The department reached this resolution based on a number of factors, including the nature and seriousness of the internal controls violations, and the fact that Sands fully cooperated in the investigation and fully remediated.  Sands’ cooperation included conducting a thorough internal investigation and voluntarily collecting, analyzing and organizing voluminous evidence and information for the government in response to requests, including translating key documents.

Sands no longer employs or is affiliated with any of the individuals implicated in the conduct described in the agreement, and it engaged in extensive remedial measures, including revamping and expanding its compliance and audit functions and programs and making significant personnel changes, such as the retention of new leaders of its legal, compliance, internal audit and financial gatekeeper functions.

In related proceedings, on April 7, 2016, the U.S. Securities and Exchange Commission (SEC) filed a cease and desist order against Sands, whereby Sands agreed to pay a civil penalty of approximately $9 million.

The Fraud Section is responsible for investigating and prosecuting all FCPA matters.  Additional information about the Justice Department’s FCPA enforcement efforts can be found at www.justice.gov/criminal/fraud/fcpa.