A former vice president of U.S. operations at a now-defunct publicly traded Canadian oil-services company was indicted with orchestrating a scheme to fraudulently inflate the 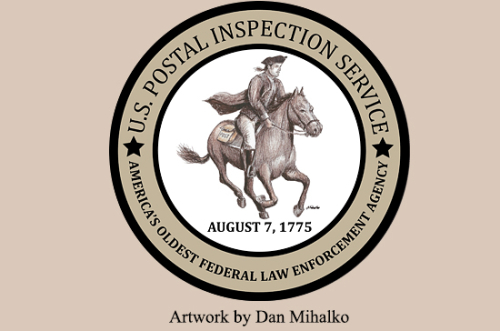 Joseph A. Kostelecky, 55, of Dickinson, North Dakota, was charged in an indictment filed yesterday in the District of North Dakota with five counts of wire fraud and one count of securities fraud for his alleged role in the scheme. Kostelecky, who previously worked at Poseidon Concepts Corporation’s field office in Dickinson, made his initial appearance earlier today before U.S. Magistrate Judge Charles S. Miller Jr. of the District of North Dakota.

“The defendant is charged with a $100 million fraud that led to the collapse of an entire company and harm to thousands of individual investors,” said Assistant Attorney General Caldwell. “Today’s indictment again makes clear the department's commitment to protecting the investing public against those who manipulate the markets to enrich themselves.”

“Postal Inspectors will continue to aggressively protect the U.S. mail from being used by fraudsters to further their stock market manipulation schemes,” said Inspector in Charge McKeown.

The indictment alleges that between November 2011 and December 2012, Kostelecky, the sole executive in Poseidon Concepts Corporation’s U.S. division, engaged in conduct that caused the company to falsely report approximately $100 million in revenue from purported contracts with oil and natural gas companies. Kostelecky’s alleged misconduct included fraudulently directing the company’s accounting staff at the U.S. corporate headquarters in Denver to record revenue from such contracts and then assuring management that the associated revenue was collectable, when he knew that such contracts either did not exist or that the associated revenue was not collectable.

When the inflated revenue came to light at the end of 2012, the company’s stock fell precipitously, with shares losing close to $1 billion in value, and the company was forced into bankruptcy. The indictment alleges that Kostelecky perpetrated the scheme in order to inflate the value of the company’s stock price and to enrich himself through the continued receipt of compensation and appreciation of his own stock and stock options.

An indictment is merely an allegation, and a defendant is presumed innocent unless and until proven guilty beyond a reasonable doubt in a court of law.

This case was investigated by the USPIS Washington, D.C. Division. Trial Attorneys Anna G. Kaminska and Henry P. Van Dyck of the Criminal Division’s Fraud Section are prosecuting the case. The Securities and Exchange Commission and the U.S. Attorney’s Office of the District of North Dakota provided assistance in this matter.