According to documents filed with the court, Issac Lanier Avant, a resident of Arlington, Virginia, has been employed by the U.S. House of Representatives as a Chief of Staff since 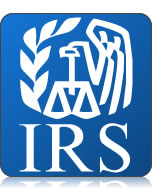 2002. In December 2006, Avant assumed the additional role of Democratic Staff Director for the House Committee on Homeland Security. Despite earning more than $165,000, Avant failed to timely file his 2009 through 2013 individual income tax returns, causing a tax loss of $153,522. Avant had no federal income withheld during those years because in May 2005, he caused a form to be filed with his employer that falsely claimed he was exempt from federal income taxes. Avant did not have any federal tax withheld from his paycheck until the Internal Revenue Service (IRS) mandated that his employer begin withholding in January 2013. Avant did not file tax returns until after he was interviewed by federal agents.

The court imposed a prison term of approximately 4 months, consisting of 30 days incarceration, followed by incarceration every weekend for 12 months. Avant was also ordered to serve a one-year term of supervised release and to pay restitution in the amount of $149,962 to the IRS.