A Newport Beach, California, man was sentenced today in connection with a fraudulent debt relief firm, the Justice Department and U.S. Postal Inspection Service announced.  The 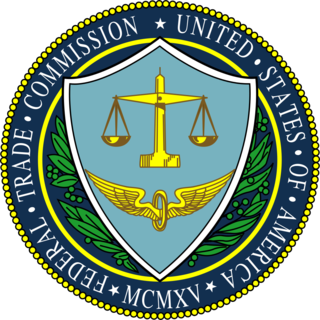 defendant worked at Nelson Gamble and Associates and Jackson Hunter Morris and Knight, companies that offered to settle credit card debts but instead took victims’ payments as undisclosed up-front fees.

John Vartanian, 57, was sentenced to serve 27 months in prison, followed by three years of supervised release, and ordered to pay $1,208,086 in restitution.  Vartanian admitted to selling the firm’s fraudulent debt relief services through telephone calls with consumers nationwide.  The sentence was imposed Monday by U.S. District Court Judge Dale Fischer of the Central District of California in Los Angeles.  The defendant previously pleaded guilty for his  role in the scheme.

“These scams take advantage of consumers already struggling with debt,” said Principal Deputy Assistant Attorney General Benjamin C. Mizer, head of the Justice Department’s Civil Division. “The Department of Justice will continue to work with its law enforcement partners to protect consumers from fraud, especially when they are targeted based on their financially vulnerable conditions.”

“We are gratified by today’s sentencing, on behalf of the many unsuspecting victims who sought financial relief, only to be further burdened by these criminals,” said Inspector in Charge Regina L. Faulkerson of Criminal Investigations, U.S. Postal Inspection Service. “We applaud the work of the Justice Department’s Consumer Protection Branch in bringing this fraudulent credit repair salesman and his accomplices to justice.”

Vartanian pleaded guilty to one count of conspiracy to commit mail and wire fraud. Four other defendants also pleaded guiltyand were sentenced last week in connection with the fraudulent scheme.

Vartanian and other members of the conspiracy at times portrayed Nelson Gamble and Jackson Hunter as law firms or attorney-based companies.  Clients were told the companies would negotiate favorable settlements with creditors.  Clients made monthly payments expecting the money to go toward settlements.  The conspirators instead took at least 15 percent of the total debt as company fees, with the first six months of payments going almost entirely toward undisclosed up-front fees.

In September 2012, the Federal Trade Commission (FTC) brought a civil case against the companies and its principal, Jeremy Nelson, alleging that the defendants misrepresented debt relief services offered to consumers. (See https://www.ftc.gov/enforcement/cases-proceedings/122-3030-x120048/nelson-gamble-associates-llc-et-al). The case was settled by entry of a consent decree in August 2013.

For more information about the Consumer Protection Branch, visit its website at http://www.justice.gov/civil/consumer-protection-branch.