This DOJ blog post is from Assistant Attorney General Leslie R. Caldwell of the Criminal Division and addresses the abuse of internet anonymizing technology, and the need for the 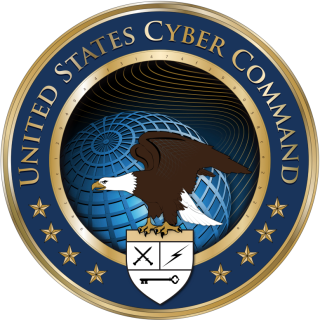 amendment to the Federal Rules of Criminal Procedure adopted by the Supreme Court to ensure that investigators can identify the right court from which to seek a search warrant.  A second post will address the threat posed by botnets, and the need for a related amendment to make the warrant process effective when law enforcement must investigate a nationwide attack.  A third post will address arguments raised by commentators against the amendments adopted by the Supreme Court.

In 2014, I returned to the Department of Justice to lead the Criminal Division after nearly a decade in private practice.  This decade coincided with a revolution in how computers and the Internet affect our lives.  While most changes were for the better, some technologies enable new forms of crime and victimization that would have been difficult to imagine not that long ago.  One of the most surprising and disturbing trends I learned about when I returned was the proliferation of online child sexual exploitation forums.  As you read this blog post, dozens of websites openly distribute images of child rape and sexual exploitation.  Tens of thousands of pedophiles congregate on these sites to buy, sell and trade images and videos of abuse, and even to pay abusers to commit new abuses and to record and share them.  Many of these same websites feature discussion groups where pedophiles can provide one another advice on how to groom young children for abuse, how to evade detection by caregivers and law enforcement and other ways to facilitate these vile crimes.

The reason these sites can remain and even thrive in the open, despite violating the laws of just about every country in the world, is that they employ software that allows their administrators and users to hide their identities and locations.  Often the sites are located on the Tor network, which uses anonymizing technology designed to make it impossible for anyone – a victim, a relative or a criminal investigator – to learn who has posted a particular video of child rape, or purchased access to one.  Although this kind of technology is comparatively new, it doesn’t require much technical expertise, which is why so many thousands of criminals have adopted it.  Because of the technology, however, while law enforcement can readily locate images of child sexual exploitations or planning sessions related to child rape, it often cannot identify and bring to justice the online criminals responsible for the abuse.  Even worse, the child victims whose torment is so openly and notoriously disseminated stand little chance of rescue.  In essence, we now confront the digital equivalent of crimes committed in the middle of a busy street, in full view of the citizenry and the police, with little risk of being caught.

But sometimes we beat these odds.  A string of recent successful prosecutions have stopped some of the child exploitation crimes committed on Tor; in other cases, we have been able to find criminals who have used Tor to commit crimes such as firearms trafficking, narcotics trafficking, and fraud.

Recent judicial decisions and news coverage have highlighted a recent investigation, of the Playpen website, a Tor site used by more than 100,000 pedophiles to encourage sexual abuse and exploitation of children and to trade sexually explicit images of the abuse.  Investigators caught a break with Playpen.  Authorities were able to wrest control of the site from its administrators, and then obtained approval from a federal court to use a remote search tool to undo the anonymity promised by Tor.  The search would occur only if a Playpen user accessed child pornography on the site (a federal crime), in which case the tool would cause the user’s computer to transmit to investigators a limited amount of information, including the user’s true IP address, to help locate and identify the user and their computer.  Based on that information, authorities could then conduct a traditional, real-world investigation, such as by running a criminal records check, interviewing neighbors, or applying for an additional warrant to search a suspect’s house for incriminating evidence.  Those court-authorized remote searches in the Playpen case have led to more than 200 active prosecutions – including the prosecution of at least 48 alleged hands-on abusers – and, extraordinarily, the identification or rescue of at least 49 American children who were subject to sexual abuse.

Despite surmounting this technological obstacle, however, the Playpen prosecutions still face an additional obstacle: a loophole in judicial procedures that makes it unclear which court – if any – an investigator is supposed to go to with a search warrant application when investigating anonymized crime.  Under a rule first codified in 1917, when the government seeks court approval to conduct a search – like the searches that helped to identify the computers of Playpen members – it is generally required to make an application to the court where the property to be searched is located.  But when a child abuser has successfully anonymized their identity and location online, investigators do not know where the abuser’s computer is located.  So in those cases, the Rules do not clearly identify which court the investigators should bring their warrant application to.  And in several of the cases resulting from the Playpen investigation, federal courts have thrown out evidence because the agents – who didn’t know where the suspects were located when they started their investigation – could not guess the right court.  In other cases, the courts have declined to throw out evidence because the law was not clear, but have suggested that they would do so in any future cases.

This outcome would be merely nonsensical if the consequences were not so serious.  Despite being prepared to comply fully with the Fourth Amendment’s warrant requirements, including persuading a federal judge that a lawful basis for a warrant exists, investigators are being told that, because criminals have successfully used technology to hide their location, there is no court available to hear their warrant application.  Unless that nonsensical outcome is addressed, cases such as Playpen fail, meaning that pedophiles – including hands-on abusers – will be free to continue their crimes.

We believe technology should not create a lawless zone merely because a procedural rule has not kept up with the times.  That is why, for almost three years, the Justice Department has followed the process set by Congress to fill this gap in the Rules by making clear which courts are available to consider whether a particular warrant application comports with the Fourth Amendment.  The amendments do not create any new law enforcement authority, or make any change to what constitutes a crime or what must be shown to a court in order to investigate crime.  Nor do they change in any way the traditional protections under the Fourth Amendment, such as the requirement that investigators establish probable cause before each search.  They simply do what the Rules were always intended to do: identify a judge who can consider whether to grant or deny a warrant application.

In good news for victims of child sexual exploitation and their families, and for all of those victimized by the crimes facilitated by online anonymizing technology, the United States Supreme Court recently approved the proposed amendments.  After three years of review by expert committees and public comment, the rule is scheduled to go into effect on Dec. 1, 2016.  That date won’t immediately change life for the many victims of child sexual exploitation or other crimes.  Successfully investigating these crimes requires resources, perseverance, technology and often luck.  But the proposed amendment will eliminate one obstacle that currently grants effective immunity to many serious criminals.