Hewlett-Packard Defrauded in the Acquisition of Autonomy for $11 Billion?

A federal grand jury indicted former CEO of Autonomy Sushovan Hussain, 52, a citizen and resident of the United Kingdom, with conspiracy to commit wire fraud and multiple counts of wire fraud.  According to the indictment filed last Nov. 10, Hussain allegedly engaged in a scheme to defraud purchasers and sellers of securities of Autonomy Corporation plc (Autonomy) and Hewlett-Packard Company about the true performance of Autonomy’s business, its financial condition and its prospects for growth.

According to the indictment, Hussain, was the former Chief Financial Officer (CFO) of Autonomy, a company incorporated in the United Kingdom.  Autonomy maintained dual 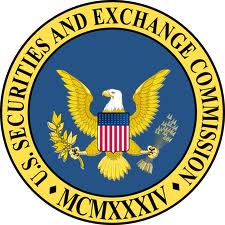 headquarters in San Francisco and Cambridge.  In 2010, about 68 percent of Autonomy’s reported revenues came from the United States and other countries in the Americas.

According to the indictment, between 2009 and 2011, Hussain artificially inflated Autonomy’s revenues by backdating written agreements to record revenue in prior periods; recorded revenue on contracts that were subject to side letters or other contingencies that impacted revenue recognition; improperly recorded revenue for reciprocal or roundtrip transactions; and made false and misleading statements to Autonomy’s independent auditor about transactions allegedly supporting the recognition of revenue and other items in Autonomy’s financial statements.  In so doing, Hussain allegedly issued materially false and misleading quarterly and annual financial statements on behalf of Autonomy.  The indictment further alleges that defendant and others provided these financial statements to HP during the time that HP was considering whether to purchase Autonomy.

No federal court appearance has yet been scheduled for the defendant.