Brazilian aircraft manufacturer Embraer S.A. (Embraer) entered into a resolution to resolve criminal charges and agreed to pay a penalty of more than $107 million in connection with 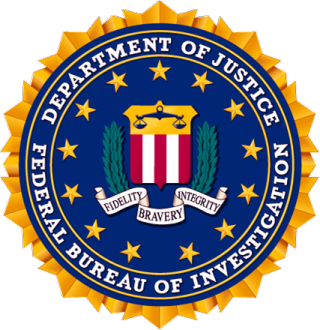 schemes involving the bribery of government officials in the Dominican Republic, Saudi Arabia and Mozambique, and to pay millions more in falsely recorded payments in India via a sham agency agreement.

“Embraer paid millions of dollars in bribes to win government aircraft contracts in three different continents,” said Assistant Attorney General Caldwell.  “But this prosecution shows that the Criminal Division will hold accountable those who treat corruption as a mere cost of doing business.  Between U.S., Brazilian and Saudi authorities, bribe payers and bribe takers alike have been brought to justice for their wrongdoing.”

“Embraer tried to bribe their way into several profitable aircraft contracts around the world,” said Assistant Special Agent in Charge Maddalena.  “Instead of reaping a nice profit, their criminal conduct earned the Brazilian aircraft manufacturer a substantial penalty that more than wiped out their gains from these contracts.  Crime does not pay!”

In total, Embraer earned profits of nearly $84 million on the foregoing aircraft sales.

Embraer entered into a three-year deferred prosecution agreement (DPA) to resolve the case.  As part of the DPA, Embraer admitted to its involvement in a conspiracy to violate the FCPA’s anti-bribery and books and records provisions and to its willful failure to implement an adequate system of internal accounting controls.  Embraer agreed to pay a criminal penalty of $107,285,090; continue to cooperate with the department’s investigation; enhance its compliance program; implement a more adequate system of internal accounting controls; and retain an independent corporate compliance monitor for a term of three years.

The Criminal Division’s Fraud Section reached this resolution based on a number of factors, including the fact that Embraer did not voluntarily disclose the FCPA violations, but did cooperate with the department’s investigation after the Securities and Exchange Commission (SEC) served it with a subpoena.  After Embraer began cooperating, it did so fully and disclosed all relevant, non-privileged facts known to it, including about individuals involved in the misconduct.  Embraer did not, however, engage in full remediation.  It disciplined a number of company employees and executives engaged in the misconduct, but did not discipline a senior executive who was aware of bribery discussions in emails in 2004 and had oversight responsibility for the employees engaged in those discussions.  As a result, the criminal penalty in this case is 20 percent below the bottom of the applicable range under the U.S. Sentencing Guidelines, a discount that reflects Embraer’s full cooperation but incomplete remediation.