The Wall Street Journal reported that the ABA Legal Education Committee reported  in June 2016 that it lacked confidence in the University of North Texas' (UNT) law school because "the school is not enrolling enough students capable of completing J.D. degree requirements and passing the bar exam."  The Accreditation found that UNT is not in substantial compliance with the "obligation to maintain sound admissions policies and practices" nor that "its present and anticipated financial resources are adequate to sustain a sound program". ABA Report is available here

Even with the lowest in-state tuition in the state of Texas ($16,000), according to the ABA report, application to the school dropped and its median LSAT fell from 147 to 146. According to the 2015 State of Legal Education Report that studied LSAT scores and student success in law school and on the Bar passage, students with a LSAT of 146 and are in the "very high risk" category.

The law school responded that it would seek to overturn the ABA Accreditation Committee decision at the ABA Full Council in October 2016.  Without ABA accreditation, UNT law graduates will not be eligible to sit for a bar exam.  UNT replied "If we do not get accredited, we will immediately petition the Supreme Court of Texas in order to request approval for our graduating students to take the Texas State Bar", but cautioned "There is no guarantee that the Court will grant such a request...".

The ABA's approach to UNT appears to follow its approach to three other newly established law schools within the past five years - Lincoln Memorial, Concordia and India Tech.  The ABA rejected initial accreditation of each of these schools, requiring each to address concerns about student quality and financial resources.  Then the ABA relinquished and accredited each.  Is UNT collateral damage of the ABA's own problems? 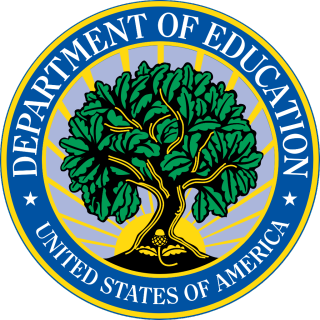 lack of attention to student achievement." Inside Higher Ed reported that "the NACIQI, after three contentious votes, recommended that the department suspend the association's ability to accredit new members for a year.  The panel said the ABA had failed to implement its student achievement standards and probationary sanctions, while also falling short on its audit process and analysis of graduates' debt levels."

Most 4th tier law schools admit a majority of "very high risk" applicants based on LSAT scores.  It may be a matter of school survival, may be a mission to serve applicants who do not test well on standardized, multiple choice (timed) tests, and may be a combination.  Many 4th tier law schools charge tuition twice, even thrice the price, of UNT.  Yet UNT, with its very low tuition is denied ABA accreditation while the other law schools are periodically re-accredited every fifth year.  For the "very high risk" applicant seeking to prove the ability to succeed beyond the expectations of standardized testing, a risk of a tuition of $16,000 is far better than a risk of a tuition of $45,000.

A critic will retort that the Multi-State Bar Exam (MBE) is a standardized test, and that if one cannot overcome the hurdle of the LSAT, then how can one overcome the higher hurdle of the MBE?  I am not an expert in understanding the science of standardized examination.  But I do know that at least some low LSAT scoring students pass the MBE and become attorneys (curious what the actual percentage is).

Leaving the employment after school discussion aside, these students who do not perform well on the LSAT want a low-cost option to seek a first-year attempt at the law school curriculum.  Given the new 2-year, 75% bar passage standard likely coming down the pipeline - schools will be forced to attrition out low-performing students after first semester or first year.