Kun Shan Chun, a native of the People’s Republic of China and a naturalized U.S. citizen, pleaded guilty today to a criminal information charging him with acting in the United States as 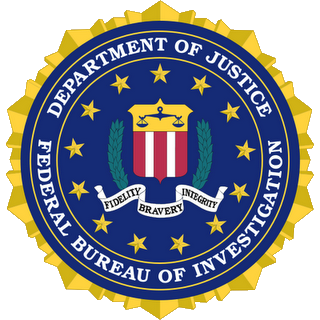 an agent of China without providing prior notice to the Attorney General.

Chun, aka Joey Chun, 46, pleaded guilty before U.S. Magistrate Judge James C. Francis IV of the Southern District of New York.  He was an employee of the FBI until his arrest on March 16, 2016.

“Kun Shan Chun violated our nation’s trust by exploiting his official U.S. Government position to provide restricted and sensitive FBI information to the Chinese Government,” said Assistant Attorney General Carlin.  “Holding accountable those who work as illegal foreign agents to the detriment of the United States is among the highest priorities of the National Security Division.”

“Americans who act as unauthorized foreign agents commit a federal offense that betrays our nation and threatens our security,” said U.S. Attorney Bharara.  “And when the perpetrator is an FBI employee, like Kun Shan Chun, the threat is all the more serious and the betrayal all the more duplicitous.  Thanks to the excellent investigative work of the FBI’s Counterintelligence Division, the FBI succeeded in identifying and rooting out this criminal misconduct from within its own ranks.”

“No one is above the law, to include employees of the FBI,” said Assistant Director in Charge Rodriguez.  “We understand as an agency we are trusted by the public to protect our nation’s most sensitive information, and we have to do everything in our power to uphold that trust.”

According to the complaint, the information and statements made during today’s court proceeding:

In approximately 1997, Chun began working at the FBI’s New York Field Office as an electronics technician assigned to the Computerized Central Monitoring Facility of the FBI’s Technical Branch.  In approximately 1998, and in connection with his employment, the FBI granted Chun a Top Secret security clearance and his duties included accessing sensitive, and in some instances classified, information.  In connection with a progressive recruitment process, Chun received and responded to taskings from Chinese nationals and at least one Chinese government official (Chinese Official-1), some, if not all, of whom were aware that Chun worked at the FBI.  On multiple occasions prior to his arrest in March 2016, at the direction of Chinese government officials, Chun collected sensitive FBI information and caused it to be transmitted to Chinese Official-1 and others, while at the same time engaging in a prolonged and concerted effort to conceal from the FBI his illicit relationships with these individuals.

Beginning in 2006, Chun and some of his relatives maintained relationships with Chinese nationals purporting to be affiliated with a company in China named Zhuhai Kolion Technology Company Ltd. (Kolion).  Chun maintained an indirect financial interest in Kolion, including through a previous investment by one of his parents.  In connection with these relationships, Chinese nationals asked Chun to perform research and consulting tasks in the United States, purportedly for the benefit of Kolion, in exchange for financial benefits, including partial compensation for international trips.

Between 2006 and 2010, Chun’s communications and other evidence reflect inquiries from purported employees of Kolion to Chun while he was in the United States, as well as efforts by the defendant to collect, among other things, information regarding solid-state hard drives.

In approximately 2011, during a trip to Italy and France partially paid for by the Chinese nationals, Chun was introduced to Chinese Official-1, who indicated that he worked for the Chinese government and that he knew Chun worked for the FBI.  During subsequent private meetings conducted abroad between the two, Chinese Official-1 asked questions regarding sensitive, non-public FBI information.  During those meetings, Chun disclosed, among other things, the identity and potential travel patterns of an FBI Special Agent.

In approximately 2012, the FBI conducted a routine investigation relating to Chun’s Top Secret security clearance.  In an effort to conceal his relationships with Chinese Official-1 and the other Chinese nationals purporting to be affiliated with Kolion, Chun made a series of false statements on a standardized FBI form related to the investigation.  Between 2000 and March 16, 2016, Chun was required by FBI policy to disclose anticipated and actual contact with foreign nationals during his international travel, but he lied on numerous pre- and post-trip FBI debriefing forms by omitting his contacts with Chinese Official-1, other Chinese nationals and Kolion.

On multiple occasions, Chinese Official-1 asked Chun for information regarding the FBI’s internal structure.  In approximately March 2013, Chun downloaded an FBI organizational chart from his FBI computer in Manhattan.  Chun later admitted to the FBI that, after editing the chart to remove the names of FBI personnel, he saved the document on a piece of digital media and caused it to be transported to Chinese Official-1 in China.

Chinese Official-1 also asked Chun for information regarding technology used by the FBI.  In approximately January 2015, Chun took photos of documents displayed in a restricted area of the FBI’s New York Field Office, which summarized sensitive details regarding multiple surveillance technologies used by the FBI.  Chun sent the photographs to his personal cell phone and later admitted to the FBI that he caused the photographs to be transported to Chinese Official-1 in China.

In approximately February 2015, the FBI caused an undercover employee (UCE) to be introduced to Chun.  The UCE purported to be a U.S. citizen who was born in China and working as a consultant to several firms, including an independent contractor for the Department of Defense, among other entities.

During a recorded meeting in March 2015, Chun told the UCE about his relationship with Kolion and Chinese nationals and later explained to the UCE that Kolion had “government backing,” and that approximately five years prior a relative met a “section chief” whom Chun believed was associated with the Chinese government.

In another recorded meeting in June 2015, Chun told the UCE that he had informed his Chinese associates that the UCE was a consultant who might be in a position to assist them.  Chun said that he wished to act as a “sub-consultant” to the UCE and wanted the UCE to “pay” him “a little bit.”   In July 2015, after coordinating travel to meet Chun’s Chinese associates, Chun met with the UCE in Hungary twice.  During one of the meetings, Chun stated that he knew “firsthand” that the Chinese government was actively recruiting individuals who could provide assistance and that the Chinese government was willing to provide immigration benefits and other compensation in exchange for such assistance.  The UCE told Chun that he had access to sensitive information from the U.S. government.  Chun responded that his Chinese associates would be interested in that type of information and that Chun expected a “cut” of any payment that the UCE received for providing information to the Chinese government.

The count of acting in the United States as an agent of China without providing notice to the Attorney General carries a maximum sentence of 10 years in prison.  The maximum potential sentence is prescribed by Congress and is provided here for informational purposes only, as any sentencing of the defendant will be determined by the judge.