Combatting Corruption and Enhancing Integrity: A Contemporary Challenge for the Quality and Credibility of Higher Education 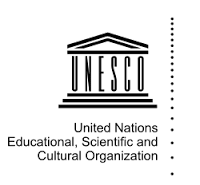 usually referred to more coyly as misconduct or misrepresentation – is undermining the quality and credibility of higher education around the world. We shall use ‘corruption’ as a general term to designate such malpractice and make the academic operations of higher education institutions (HEIs) our primary focus.

Titled Advisory Statement for Effective International Practice: Combatting Corruption and Enhancing Integrity, the publication is a call to action that highlights the problems posed by academic corruption in higher education and suggests ways that quality assurance bodies, government and higher education institutions around the world can combat corruption.

The term “academic corruption” as used in the advisory statement refers to any prescribed action in connection with, for example, admissions, examinations or degree awarding that attempts to gain unfair advantage, including cheating, plagiarism, falsification of research, degree mills and accreditation mills.

The advisory statement grew out of an expert meeting held 30-31 March, 2016, in Washington D.C., that addressed quality assurance, accreditation and the role they play in combatting academic corruption. The two-day meeting brought together representatives from accrediting and quality assurance bodies, colleges and universities and higher education associations in Asia, Africa, Europe and North America.